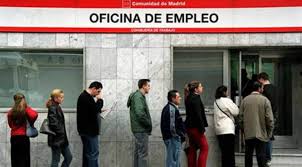 According to seasonally adjusted figures, 10,445 more people were working in February, bringing the total number of unemployed to just under 3.3 million people.

However month on month figures saw a small rise in the number of unemployed people, increasing 0.10%.