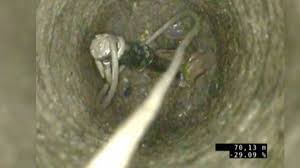 A group of three hikers who were some of the first people on the scene after Julen fell down a 71-metre borehole in the Sierra de Totalan, claimed the hole was not visible to the naked eye.

Speaking in a Malaga court investigating a possible case of negligent manslaughter, the hikers claimed they also did not see any concrete blocks near the opening.

The group, who were among the first people to help Julen’s family at the incident in January, said they do not remember seeing the concrete blocks the land’s owner claimed had been covering the hole.

The hikers were responsible for alerting emergency services and had previously given statements to the Guardia Civil.

They have now appeared as witnesses to tell a judge what they remember of the day.