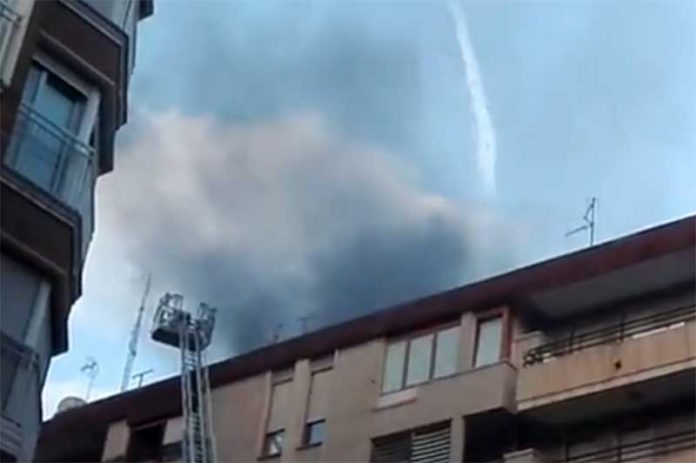 An entire apartment block on Spain’s Costa Blanca was evacuated after a fire took hold in a flat on the fifth floor on Tuesday afternoon.

Emergency services discovered the body of an elderly man when they entered the blazing building in Elche (Alicante) but they could not save his life.

Another old person was found and protected by firefighters inside the building.

All the other neighbours were safely evacuated by Local Police from the property on the corner of Vicente Blasco Ibáñez with Marqués de Asprillas streets.

Roads were closed while firefighters, with two fire engines and a hydraulic platform, worked to extinguish the flames.

National Police officers are investigating the cause of the fire.