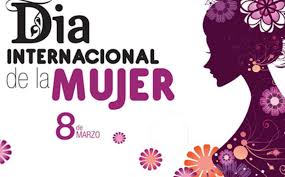 Pablo Casado’s conservative group has said it will not attend the march planned in Madrid for Friday, arguing that it is “partisan” and has been monopolized by leftists.

Spain’s Popular Party (PP) has announced it will not be attending the demonstration in Madrid for International Women’s Day on Friday, March 8. In a press release, the opposition conservative group defended its decision on the grounds that the declaration that will be read out at the march is “politicized” and “partisan.”

“Far-left parties want to monopolize this demonstration, looking to create division and conflict between men and women, and even between women of different ideologies,” the party stated.

However, PP leader Pablo Casado told members that they could still join the women’s general strike, which has also been called for Friday, or attend the demonstration if they wanted to, according to sources from the PP.

On Thursday, Casado also made associations between “left-wing feminism” and both Catalan and Basque nationalism. “I didn’t see any left-wing feminists defending the wives of the Civil Guard officers in Alsasua,” he said, alluding to a group attack by radical Basque nationalists against off-duty officers and their partners in a small town in Navarre in October 2016. This Thursday, an appeals judge found that the eight attackers who were brought to trial engaged in violence, but not in acts of terrorism. The same court also confirmed their prison sentences of between two and 13 years.

Speaking on the Catholic radio network Cope, Casado added that he also hadn’t seen any leftist feminists defending Montserrat del Toro, the court clerk who testified on Wednesday at the trial of Catalan separatists in Madrid, where she talked about her fears of being assaulted by a pro-independence crowd that had congregated outside the building where she was collaborating with a police search on September 20, 2017.

Later in the day, at an event with the candidates for the regional elections of May 26, Casado had more to say about the women’s march and strike. “I have a daughter and a son,” he said. “I don’t want to live in a country where my daughter is pitted against my son. I don’t want to live in a country in which women demonstrate, or where there are colors for women, or there are demands from women that pit them against those of their [male] colleagues, against the other half of the world. I don’t believe in trying to collectivize society due to sex, age, sexual orientation, religion or beliefs.”

Female leaders within the PP, including the vice secretaries of communication Marta González, of social policy Cuca Gamarra and of studies and programs Andrea Levy, had planned to attend the Friday protest but changed their mind when they saw the declaration that would be read at the march, said PP sources.

In one paragraph, the text says: “This year, we join the global cry of women in Brazil, in the United States, in Italy, in India and in other parts of the world against the patriarchal reactions to women’s progress towards achieving our rights, and against the right and far right that have placed women and migrants as the top priority of their ultraliberal, racist and patriarchal offensive.”

The declaration also demands that “abortion be removed from the criminal code” and be “respected as a right,” adding that the procedure must be “guaranteed by all public health services.”

Under the current legislation covering terminations, adopted under Prime Minister José Luis Rodríguez Zapatero of the Socialist Party (PSOE) in 2010, abortion is allowed on demand within the first 14 weeks of term, and within the first 22 weeks if the mother’s health is at risk or the fetus is seriously damaged. Casado, however, has come out in support of taking the country back to 1985 abortion legislation that only allowed pregnancy terminations in very limited cases.

The text of the declaration continues: “A long history of feminist struggles precedes us, the suffragettes and female unionists, the women who fought colonialism, who saw in the Second Republic [the Spanish democratic government that existed between 1931 and 1939], who fought in the Civil War and against the Franco dictatorship.”

The PP has its roots in the former political party the People’s Alliance, which was founded by Francoist tourism minister Manuel Fraga. The party has also been a strong opponent to the PSOE government’s plans to exhume the body of former Spanish dictator General Francisco Franco from the controversial Valley of the Fallen monument, north of Madrid.

Instead of attending the protest, the PP has decided to hold its own separate event in honor of International Women’s Day. The event will take place in Madrid at noon, with the party candidates for the regional and municipal elections on May 26. The group will also read their own declaration. In the press release, the PP said it will “celebrate Women’s Day accompanied by female candidates and together with representatives of different collectives that work looking toward a future for one society that prioritizes personal merit, ability and equal opportunity between men and women.”

The decision comes as political parties compete to win over female voters – the majority of whom are undecided – ahead of the snap general election on April 28.