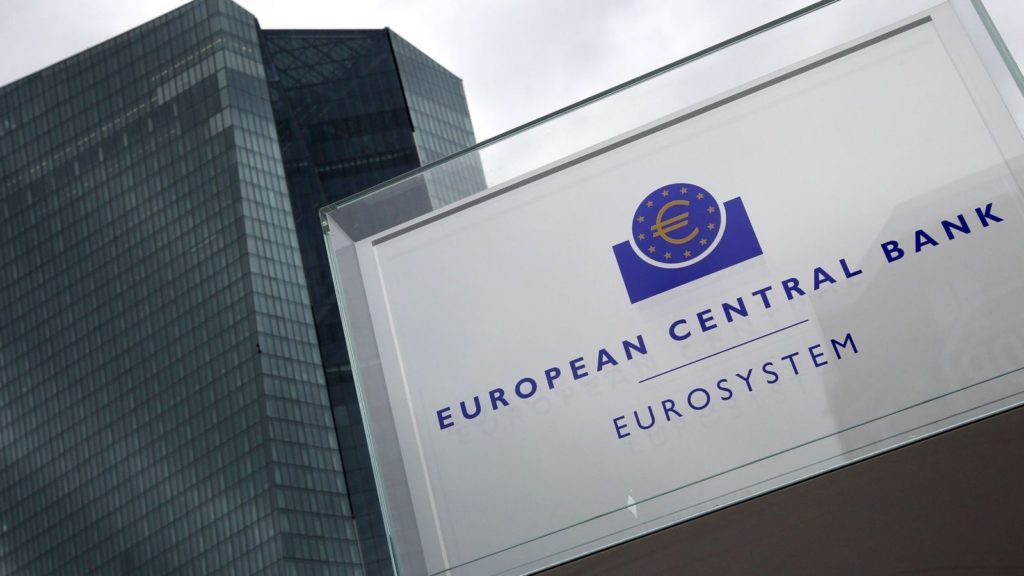 Global markets react as the Bank sharply downgrades its eurozone growth forecast for this year to 1.1% from 1.7%.

The European Central Bank (ECB) says it will offer more cheap loans to banks in a bid to boost lending in a slowing eurozone economy – but only from September.

The euro area’s central bank sharply downgraded its forecasts for growth this year from 1.7% to 1.1% at the March meeting of its governing council – held against the backdrop of global economic headwinds and Brexit uncertainty.

Following the conclusion of its quantitative easing (QE) programme last year, the bank was widely expected to announce more help to support bank lending to businesses and consumers because the world economy remained under pressure.

The new round of cheap bank loans marks the third time since the eurozone crisis that the ECB has launched so-called “targeted longer-term refinancing operations” (TLTRO).

It is the provision of long-term loans to banks, with the incentive that those who lend more to the real economy will be able to borrow more and at a lower interest rate than the ECB usually offers.

The bank said the programme would begin in September and last until 2021.

It also confirmed it was pushing back guidance on the earliest possible date for any interest rate increase, from the autumn until the end of the year, and would continue to reinvest the proceeds of its four-year QE programme to support liquidity.

Its core interest rate was kept at zero and at minus 0.4% for banks to park their money with the ECB – encouraging them to lend money rather that store it.

He said: “We maintained the risk assessment as tilted to the downside. This isn’t frequent because we usually say when we take some policy actions the risks get back into balance.”

Mr Draghi explained that was because the risks, currently, were factors outside of its control.

They included Brexit uncertainty and the US/China trade war, and he said the ECB’s actions could only bolster the resilience of the eurozone economy to these pressures.

It follows a more cautious approach by its US counterpart, the Federal Reserve, which has paused its series of interest rate hikes amid the fallout from the trade war.

China has also acted to bolster demand through tax cuts.

The trade war’s effects have dampened demand elsewhere in the global economy – damaging Germany’s export-led economy, while Italy has fallen into recession.

Financial markets were quick to react to the ECB’s measures as eurozone banking stocks tumbled on the weaker growth predictions.

That pushed European stock markets lower in a larger flight from risk – with the FTSE 100 down by almost 1% in late afternoon trading before settling 0.5% lower by the close at 7157.

US indices were down by a similar margin in early deals.

The euro weakened against the dollar by up to 0.6% while German 10-year bond yields were at their lowest level since 2016.

Commenting on the reaction Jordan Hiscott, chief trader at ayondo markets, said: “Brutal cuts from the ECB as GDP growth for 2019 is cut from 1.7% to 1.1%.

“With this in mind, it seems like any possible interest rate raises are all but completely ruled out until likely 2021.

“At this point, calling it dovish would be a gross understatement, as the turn from what was a slight tightening of monetary policy in recent months has become more significant.

“Generally my concern with this is that, unlike the US Fed where they have partially completed an interest rate cycle hike and ended the QE stimulus, the ECB still have negative interest rates.

“At this stage, should the situation deteriorate, I’m unsure how many options the ECB has for an effective easing policy going forward.”