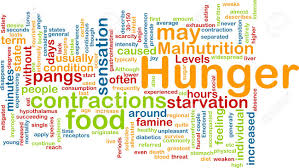 A 38 year old man has been arrested in Granada on suspicion of starving his disabled brother to death before continuing to claim his benefits.

The suspect could face between 10 and 15 years in prison after his brother, who he was legal guardian to, allegedly died in his care before being buried on the farm they shared.

According to social services, the older brother had a legal duty to care for his 35-year-old sibling following the death of their parents. The organisation claimed it became concerned about the victim at the end of February following claims the suspect was a drug-user and after they failed to hear from the younger man.

A court gave the Guardia Civil permission to search the brothers’ farm.  Finding no one there, police reportedly tracked the older man down to a hostel in Motril where he allegedly told them his brother was with a relative in Soria.

After police discovered only relative there had died 16 years earlier, the man allegedly confessed, telling police his brother had died and he had buried him in the mountainside.  A subsequent post mortem is said to have found the victim died of malnutrition.