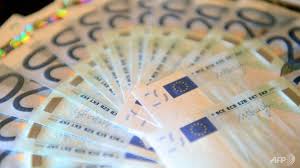 Spain’s government has approved a total of 24,000 grants for citizens who moved abroad to find work during the financial crisis and would be keen to return.

Although many Spaniards who left in the last decade are now settled in their adopted countries and plan to live there indefinitely, many others have always said they would go back home the second they were able to match the quality of their jobs and pay.

Everyone from scientists and engineers through newly-qualified nurses and doctors, teachers, carers, and IT specialists to waitresses and waiters, bar staff, chefs, shop assistants and production-line workers are among the million Spaniards who emigrated, either to find a job at all, find a better one, find one in their field or find one that paid a living wage.

A huge number went to Germany and the UK – the latter of which is home to an estimated 200,000 Spanish nationals – although they are scattered all over Europe and the rest of the world.

For those who never really wanted to leave or are now ready to come home – including those who decided to abandon the UK in light of the Brexit referendum – they may be able to access grants covering at least some of their living costs for up to two years after becoming a resident in Spain again.

President Pedro Sánchez announced the decision to young Spanish adults in Brussels today (Thursday) and will formally approve it tomorrow.

He commented on ‘very positive’ growth data for Spain’s economy, confirmed by the Central European Bank (BCE), and forecasts of up to 900,000 new jobs being created in the country next year.

Sánchez says he wants to create ‘a Spain that nobody has to leave, and which nobody wants to leave’.

The 24,000 grants are mainly aimed at young adults, since those who emigrated tended to be in their 20s and 30s with no practical ties to home, although anyone up to ‘around 40 or 45’ can also sign up, Sánchez says.

Other moves to help Spaniards abroad include making it easier for them to participate in general elections.

These form part of a battery of social changes Sánchez wants to bring into effect through legislation, but which his government has not had time to put in place, given that it only came into power in June 2018 and has been forced to call a general election for April 28 after failing to gain sufficient support for its 2019 budget.

Laws can still be passed if they are considered in the public interest and not pure electioneering, even though Parliament is dissolved, and those that are due to be voted on include urgent measures to achieve equality in the workplace, such as increasing paternity leave from its existing four weeks up to eight weeks this year and progressively to 16 weeks, the same as maternity leave, by the year 2021.

Urgent measures relating to property renting are due to be voted on shortly, covering a minimum legal length of time tenancy agreements can be in force, and for rent prices not to be increased beyond annual inflation once the contract has already been signed.

Social protection and the fight against job insecurity are also the subject of pending votes, including reducing the age at which the unemployed are guaranteed their €430 a month benefit until retirement from 55 to 52, benefits for families in extreme poverty of up to €588 a month per child; financial incentives for firms to offer staff permanent rather than temporary job contracts, and for non-professional carers to be able to continue to pay a Social Security, or national insurance stamp, allowing them to save towards a pension.