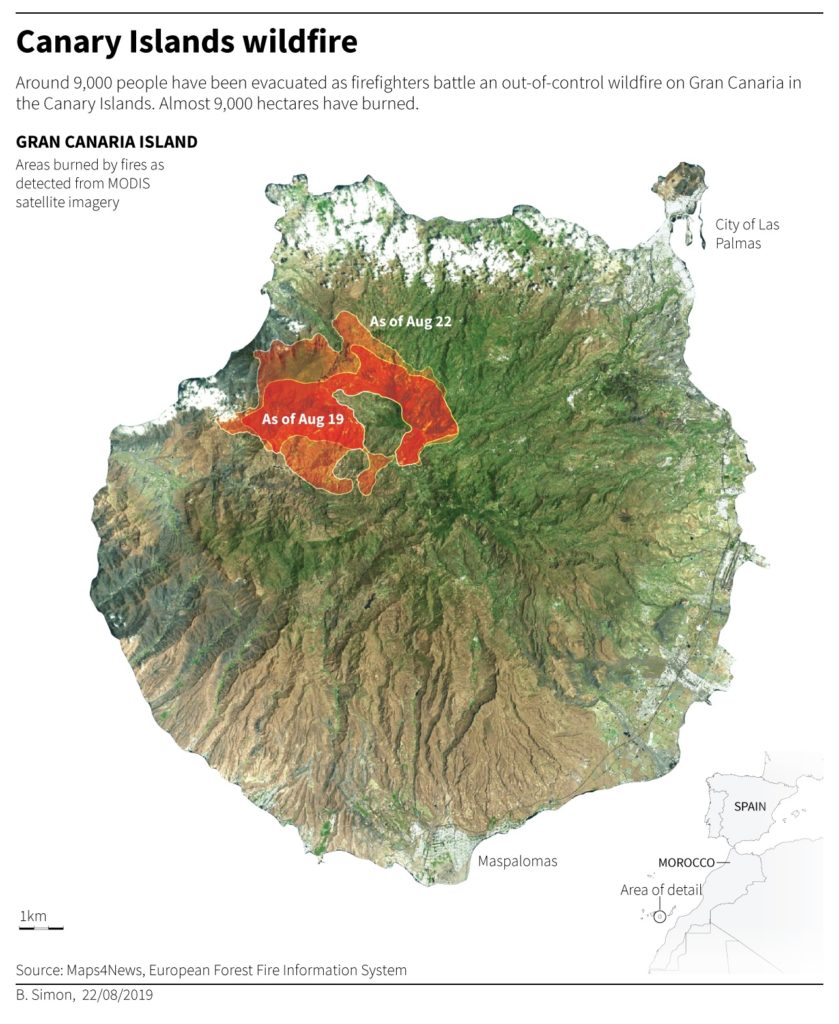 VALLESECO, Gran Canaria, Spain (Reuters) – A wildfire in the popular tourist island of Gran Canaria has been stabilised but continues to burn, Spain’s acting prime minister said on Thursday, promising that the thousands affected by the fire would get help in rebuilding.

The blaze began on Saturday near the town of Tejeda before quickly growing into one of the year’s biggest wildfires in Spain, fueled by a combination of high temperatures, strong winds and low humidity, forcing the evacuation of 10,000 people.

“The fire is not extinguished, so we must be prudent,” Pedro Sanchez told reporters during a visit to the Canary Islands.

“To the municipalities affected by the fire and the island of Gran Canaria, we’re committing that we’re going to help, we’ll lend a hand so that day-to-day life on the island returns to what it was before the fire,” Sanchez said.

The fire has left a path of destruction across around 8% of the island, with hundreds of firefighters and more than a dozen planes battling flames as high as 50 meters in recent days.

The damage has been contained to around 9,200 hectares of the mountainous central part of the island, rather than the coastal areas that are often teeming with tourists.

By Thursday around 7,500 of those evacuated were allowed to return to their homes.