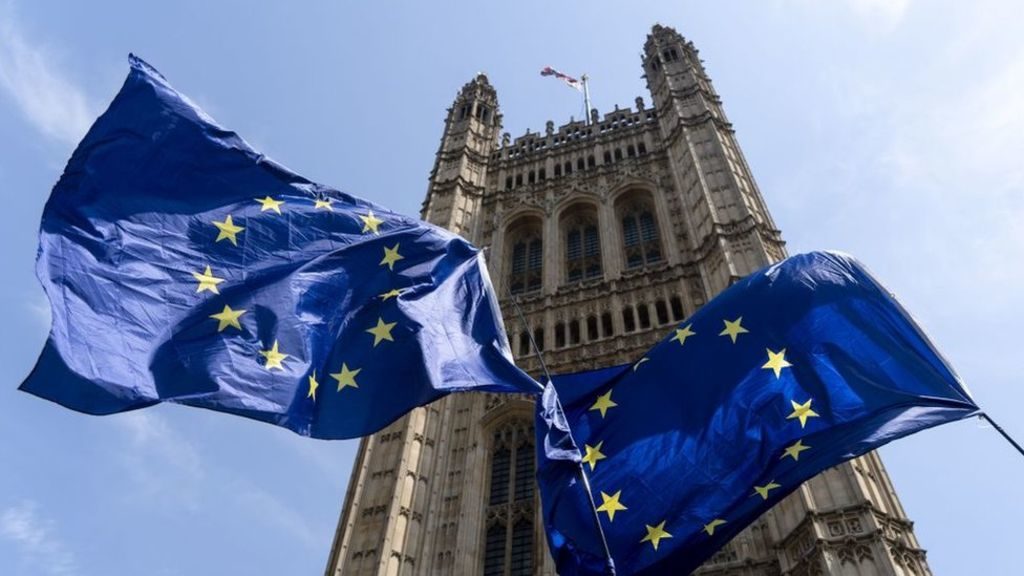 The 75 politicians initially launched a legal action at the Court of Session in Edinburgh last month.

They are now seeking an interim interdict that would prevent parliament being suspended until the case has a full hearing on 6 September.

The court is expected to consider their motion on Thursday or Friday.

An interim interdict is the Scottish equivalent of an injunction in the English and Welsh legal systems.

The legal move came ahead of the Queen agreeing to the prime minister’s request to suspend Parliament on 10 September – just a week after MPs return to the Commons following the summer recess.

Mr Johnson said a Queen’s Speech would take place after the suspension, on 14 October, to outline his “very exciting agenda” of new legislation.

But it means MPs are unlikely to have the time which would be required to pass laws to stop a no-deal Brexit happening on 31 October.

The legal challenge to the move launched in the Scottish courts last month is being headed by SNP MP Joanna Cherry and Liberal Democrat leader Jo Swinson, aided by Jo Maugham of the Good Law Project.

They want the court to rule that shutting down parliament – known as proroguing – ahead of Brexit would be “both unlawful and unconstitutional” and would have “irreversible legal, constitutional and practical implications for the United Kingdom”.

Ms Cherry, who is a QC, had earlier told the BBC that Mr Johnson’s announcement was a “constitutional outrage and profoundly undemocratic”.

She said: “I have been on a conference call this morning with my legal team to see if we can speed up the hearing that is fixed for 6 September and get this issue before the court speedily so the court can determine whether what Boris Johnson is up to is lawful or not.”

The case was brought in Scotland because the Court of Session continued to sit over the summer, while the equivalent court in England was on holiday.

The legal team taking the action on behalf of the parliamentarians has had previous success, when it established that the UK had the power to revoke Article 50 – the mechanism which started the Brexit process.

What is an interim interdict?

Scottish courts are frequently asked to grant an interim interdict to prevent something happening which the person making the request believes will be both unlawful and would damage their interests.

Hearings take place in a court, possibly in a judge’s chambers, where the two sides present their arguments.

When time is short, the hearing can be arranged very quickly.

A court hearing took place on Saturday at midnight in which The Daily Record newspaper was arguing against an attempt to prevent it from publishing photographs and video footage of an incident in a Scottish prison.

When the hearing begins, the party seeking interdict must show there is on the face of it – prima facie – a case that the threatened action will be unlawful.

If the court agrees, the action must stop – and cannot be resumed until a full hearing of the arguments takes place in due course.

The prime minister has insisted it is “completely untrue” to suggest the suspension of parliament was motivated by a desire to force through a no-deal Brexit, and says he is still hopeful of agreeing a deal with the EU.

He said he did not want to wait until after Brexit “before getting on with our plans to take this country forward”, and insisted there would still be “ample time” for MPs to debate the UK’s departure ahead of 31 October.

Mr Johnson added: “We need new legislation. We’ve got to be bringing forward new and important bills and that’s why we are going to have a Queen’s Speech.”

Scottish First Minister Nicola Sturgeon, the SNP leader, told BBC Scotland that the suspension of parliament ahead of Brexit would be “the day UK democracy died” and urged MPs of all parties to “come together next week to stop Boris Johnson in his tracks”.

Ms Sturgeon said: “Shutting down parliament in order to force through a no-deal Brexit – which will do untold and lasting damage to the country against the wishes of MPs – is not democracy, it is dictatorship.”

Tory backbencher Dominic Grieve described Mr Johnson’s move as “an outrageous act” and predicted it could lead to a vote of no confidence that would bring down the government, while Commons Speaker John Bercow accused the prime minister of committing a “constitutional outrage”.

Lib Dem leader Jo Swinson said it was a “dangerous and unacceptable course of action”, while Labour leader Jeremy Corbyn said suspending parliament is not acceptable, and accused Mr Johnson of carrying out a “smash and grab on our democracy to force through a no deal”.

But the party’s constitution spokesman, Adam Tomkins, accused political opponents of being “predictably hysterical” about the prime minister’s move.

He added: “MPs within Labour, the SNP and the Lib Dems need to remember they were presented with three opportunities to vote for a deal, and they spurned that opportunity each time.

“The aim is still to strike a deal with the EU and, if and when that happens, there will be plenty of time for MPs to either vote for that, or vote for a no-deal Brexit.”