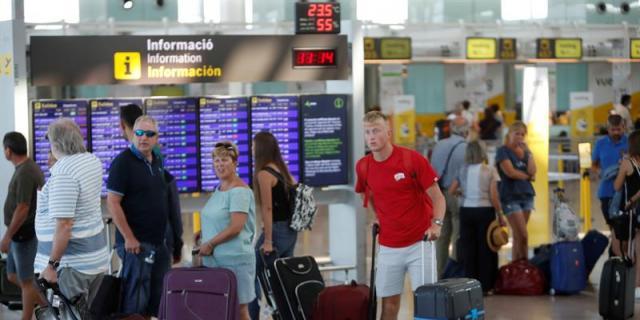 A series of planned strikes in the Spanish transport system has prompted hundreds of cancellations by airlines Vueling and Ryanair, as well as the Renfe train network. The country’s Public Works Ministry has established minimum services aimed at alleviating the disruption, which will coincide with the return of many travelers from their August vacation.

Despite its cabin crew planning 10 days of strikes for September, with pilots also staging stoppages on five of the same days, Ryanair has only canceled 14 flights of the 1,900 scheduled to and from Spain for the first two days of the industrial action. It has pulled six flights on September 1, and eight on September 2.

The airline explained that this low number – just 0.7% of the total flights for the two days – is possible “thanks to the great work of the majority of our Spanish pilots and cabin crew who have already confirmed that they will continue to operate according to their planned timetables, or are offering to work on their days off, with the aim of not altering the travel plans of our customers and their families in September.”

The Irish carrier added that all those passengers affected by the cancellations have been sent notifications via email or text message of the options available to them, which include a free flight change or a complete refund. Passengers who have not received these notifications will be able to fly.

Ryanair has called on the USO and Sitcpla unions, which represent cabin crew, and the SEPLA union, which represents pilots, to call off the planned stoppages, which have been called over the airline’s plans to close a number of its bases across Spain and Portugal.

For its part, Vueling has canceled 92 flights this weekend at the Barcelona-El Prat airport, due to the strike called by Iberia ground staff. Both airlines are part of the IAG group, which also owns British Airways. A total of 54 flights have been canceled on Friday and 38 on Saturday, The cancellations have affected around 14,000 Vueling passengers, who have been offered an alternative flight or a refund.

State-owned railway operator Renfe will cancel 360 train journeys this weekend, given the partial strikes that have been called by the CGT labor union for this Friday and Sunday. These stoppages are the last in a series by Renfe this summer, and involve two four-hour strikes a day.

The Public Works Ministry has set minimum service that guarantee 78% of AVE high-speed trains and 65% of regional trains. Of the cancellations, 118 are AVE services and 242 regional journeys.