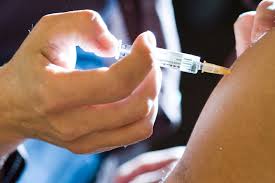 Spanish health experts have called for anyone born between 1970 and 1980 to get a vaccination against measles unless they’re absolutely sure they were given both doses as a child, or have had the illness.
The head Spain’s Epidemic Society said those born in the 1970s are considered most at risk because they were born after the highly infectious viral illness was prevalent, and so are unlikely to have contracted it, BUT before the triple MMR vaccine was introduced.
In the first half of this year, some 300 people were treated for measles just in Catalonia and Madrid, a figure blamed on thegrowing numbers of anti-vaxxers – those who choose not to immunise their children because of “dangerous” myths about vaccines.