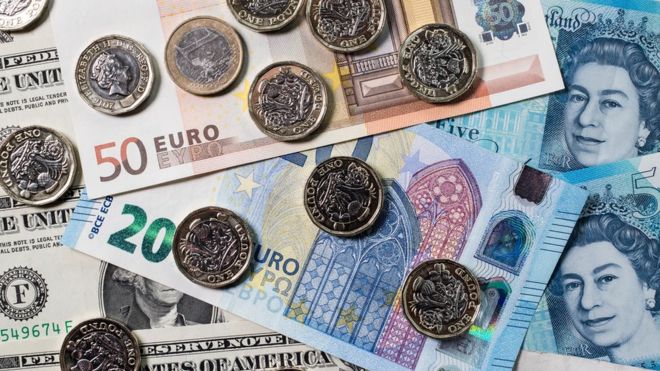 The pound has touched a three-year low against the dollar as MPs opposed to Prime Minister Boris Johnson prepare their bid to delay Brexit.

Rebel Tories and Labour MPs are planning a bill to stop the UK leaving the EU on 31 October without a deal.

No 10 has threatened a snap general election on 14 October if MPs succeed in seizing control of Commons business.

The bill would force the prime minister to ask for Brexit to be delayed until 31 January, unless MPs had approved a new deal, or voted in favour of a no-deal exit, by 19 October.

Under Mr Johnson, the government has toughened its stance on a no-deal Brexit, which it has said is “now a very real prospect”.

Excluding the so called “flash crash” in October 2016, when the pound briefly fell sharply to $1.15 against the dollar before rapidly rebounding, the pound has not traded regularly below $1.20 since 1985.

The pound was trading at about $1.50 against the dollar before the EU referendum in June 2016.

Jane Foley, senior currency strategist at Rabobank, told the BBC’s Today programme that while anything that made a no-deal Brexit less likely would boost sterling, an election would have the opposite effect.

“Currencies, as a rule, do not like uncertainty. The idea is that there could of course be a no-deal Brexit, which investors do not like. They do not like the idea of the uncertainty or the potential chaos that that could bring,” she said.

“If the members of Parliament do manage to block a no-deal Brexit at the end of next month, then that is likely to push sterling up,” Ms Foley added.

“That said, political uncertainty and a general election will likely push sterling down.