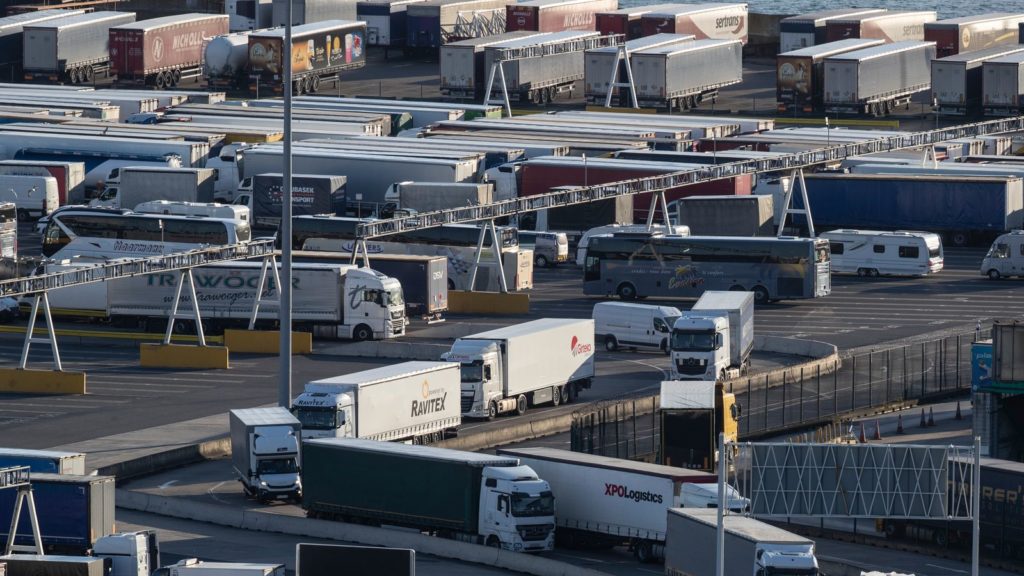 Delays in Dover could lead to shortages of goods on shelves and medical supplies in hospitals, analysis suggests.

This analysis, commissioned by the Department for Transport (DfT) suggests that:

Presently, vehicles from EU countries face a delay of around two minutes.Any delay such as those suggested by the analysis could lead to shortages of goods on shelves and medical supplies in hospitals.

Labour’s shadow Brexit secretary Sir Keir Starmer told Sky News that Transport Secretary Grant Shapps should make account of himself to parliament: “They’ve got their head in the sand. They’ve lived with the pretence for so long that it’ll all be alright on the day.

“But this must be causing them inner concern. Because if in two months all of this comes about they will be held responsible. I think the transport secretary ought to stand up in parliament and make a statement about it.”

Other figures from the haulage industry confirmed that the leaked documents confirmed their concerns, many of which they have been relaying to government for some time.

Rod McKenzie, managing director of policy and public affairs at the Road Haulage Association, told Sky News: “The sort of delays that Sky News is reporting at the moment would be crippling to many sections of the British industry and the supply chain on which we all depend.

“For example the things that we get in the shops, perishables, foods and so forth, we simply cannot afford to have them sitting in a traffic jam for 48 hours.

“And the same is true for Britain’s manufacturing industry and so many parts of the economy. We must keep any delay to an absolute minimum to try and keep the short straights, Dover, Calais and all the other ports working as efficiently as possible to ensure our economic future.”

And though the government wishes to impress just how much it is intensifying no-deal preparations to ameliorate any problems, many now say it is simply too late to do anything especially substantial.

Kevin Green, communications director of the Freight Transport Association, told Sky News: “We have been asking those questions for some time without any response so our concern is that we’re going to get much closer.

“And a lot of these issues are caught up in the negotiations and probably won’t get agreed until very close to the deadline and then there clearly won’t be any time to respond, and delays and impacts will be very worst of the estimates.”

Previously, ministers sought to dismiss concerns over leaked documents, especially those related to so-called Operation Yellowhammer preparations for no-deal, as they were written under the May government and apparently did not adequately reflect the increased preparations under the new administration.

This was always a questionable interpretation. However, they cannot be levelled at this report as it was compiled over the last fortnight and its assumptions are based around current government policy.