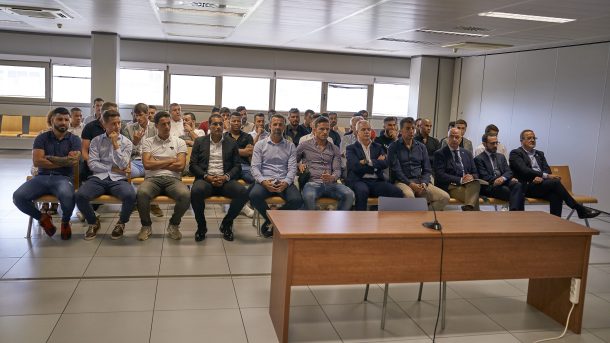 One of the most high profile match fixing trials ever in Spain has got underway in Valencia, with over 30 football players, coaches and team officials appearing in court.
The case surrounds a top-tier Spanish league game between Levante and Zaragoza at the end of the 2010-11 season.
They potentially face two years in prison and a six-year ban from the game if found guilty. All deny any wrongdoing.