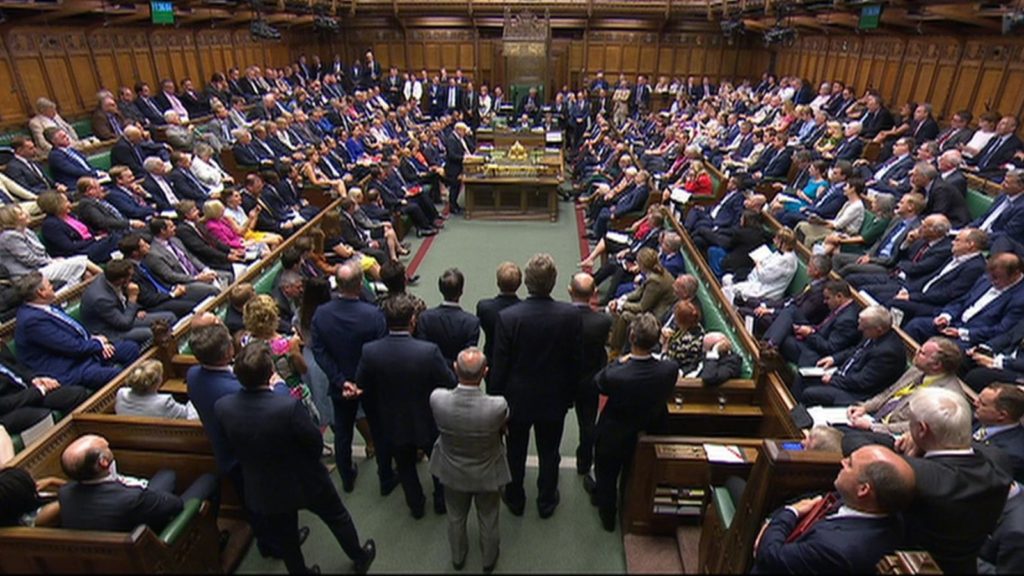 The government has ended its opposition in the Lords to a bill attempting to avoid a no-deal Brexit in October.

The bill is designed to stop the UK falling out of the EU if Boris Johnson does not get a Brexit deal or MPs do not back leaving without an agreement in place.

Those in favour had feared pro-Brexit peers were gearing up for an all-night sitting to prevent it being debated and voted on.

But shortly before 1.30am, the government announced it was dropping its opposition to the bill and all stages in the Lords would be completed by 5pm today.

It had been rushed through the Commons in a single day on Wednesday and saw Boris Johnson suffer his third major defeat in two days.

Once the procedures are completed in the Lords the bill will return to the Commons for consideration of any amendments, before going forward for royal assent and passing into law.

The withdrawal of government opposition to the bill suggests Mr Johnson will return to the Commons next week to try for a second time to trigger a general election.

His preferred date for that would be 15 October, however a Labour source has told Sky News’ Lewis Goodall that virtually every faction of the parliamentary Labour Party was united on an election only after the Brexit deadline of 31 October.

Mr Johnson was defeated in his first attempt on Wednesday, when he failed to secure the backing of the two-thirds of MPs needed under the terms of the Fixed Parliament Act to fire the starting gun on a national poll.

Labour, the Liberal Democrats and the SNP have all said they would back a snap election once the legislation trying to delay no-deal next month becomes law.

It will force the prime minister to ask Brussels to delay Brexit again until 31 January 2020 – possibly at an EU summit on 17 October.

But the other EU27 leaders will ultimately be in charge of how long the extension should be.