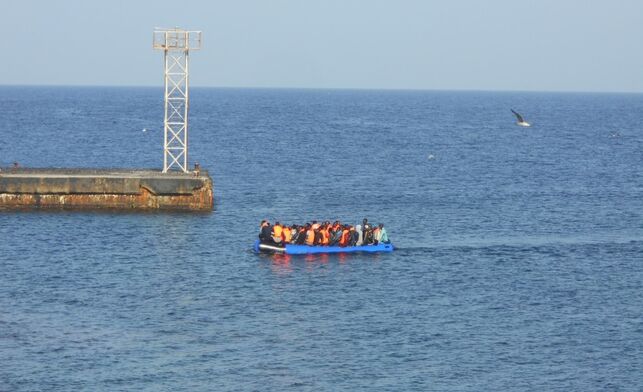 A total of three immigrant boats reached the coasts of the Canaries during the course of Sunday. The largest boat, with 39 people on board, was intercepted about 111 kilometres from Gran Canaria. Those on board, including two women, one of whom was pregnant, a three-year-old girl and a six-month-old baby, were taken to the port of Arguinguín in southern Gran Canaria. The immigrants came from the Western Sahara and had already spent three days at sea. As a precaution, the pregnant woman was taken to a mother-child hospital. The Red Cross provided them all with dry clothes and food.
At dawn, a boat with eleven people on board was intercepted about seven miles south of Gran Canaria and another with twelve people on board arrived on the coast of Famara in Lanzarote, including one four-year-old and three possible minors. The people all came from the Maghreb and were in good health. Only one person was treated for dehydration.