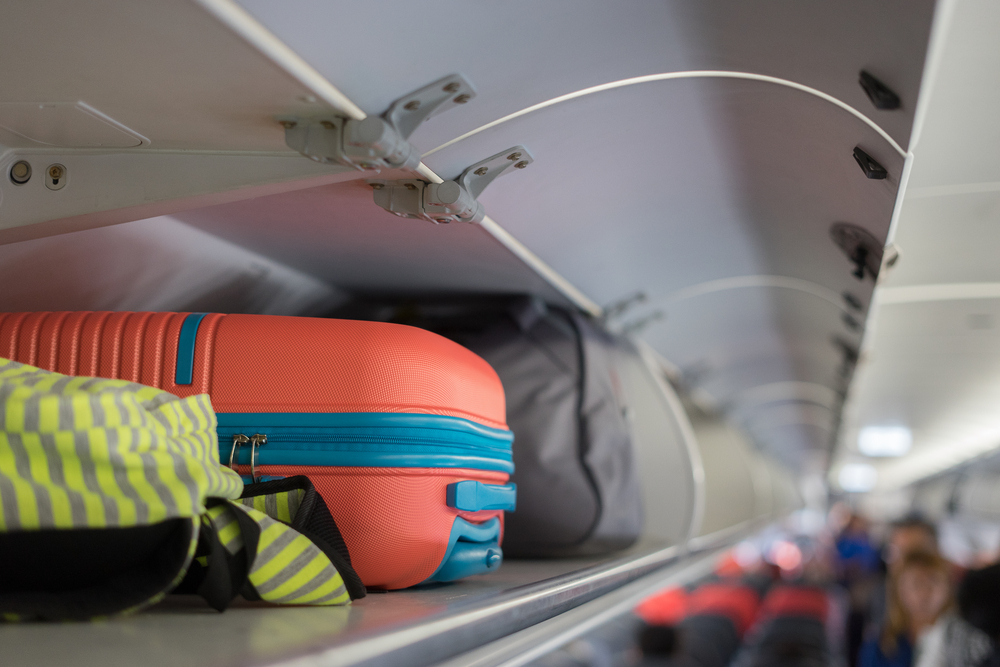 AN INCREASE in robberies have taken place during flights to Spain – with bags in overhead lockers being looted – and jewellery, money, cameras and documents amongst items stolen.

Thieves work in teams during flights, by pretending to get something from their luggage, only to rifle through other passengers’ baggage.

Incidents have occurred, unknown to passengers, who have had to place their luggage away from their seats.

Thieves keep note of passengers, who have to place baggage – away from their overhead lockers’ seating areas – due to being full, then strike.

It is only upon arrival to destinations, when retrieving personal baggage that passengers find they have been robbed.

One passenger on a flight to Malaga raised the alarm to Stewards – following their baggage going missing – that lead to security being called.

Other passengers then discovered, upon checking their baggage, that they too had also been robbed.

Upon landing, Security and the Policia boarded the plane, and a thief was apprehended.

It is understood that robberies from luggage is on the increase, with the criminal activity reported as reaching ‘epidemic proportions’.

Thieves have been arrested, following cabin baggage robberies, with dozens of criminals on remand.

A tactic that thieves use is by boarding the plane first, and sit at the back, to observe where bags are placed.

Whether baggage is placed above, behind or away from the passengers. Thieves then carry out robberies from the overhead lockers, while passengers are sleeping.

Luggage is removed, taken to the thieves’ seats, where they steal valuable contents.

Thieves have also targeted luggage – under seats – with a passenger reporting a purse had been stolen.

The theft had been undertaken by the person sitting next to them, while sleeping.

Thieves prey on foreign budget airlines – where hand luggage is freely accessible.  A deterrent is that baggage should be securely locked at all times.

Gangs of organised criminals have been arrested in Spain, including at Alicante-Elche El Altet airport, where they prey on vulnerable people, upon arrival.

Burglaries have taken place in the Costa areas in Torrevieja, Orihuela Costa, San Miguel de Salinas, and Algorfa, as reported by the Costa Blanca and Costa Calida Leader.

Arrests were made by the Policia in Guardamar and in Formentera del Segura.

Earlier this year criminal arrests were made, following luggage and bags from tourists being stolen, after Policia were drafted in at Alicante-Elche airport.

Criminals detained for questioning were later arrested – with stolen items and thousands of euros recovered.