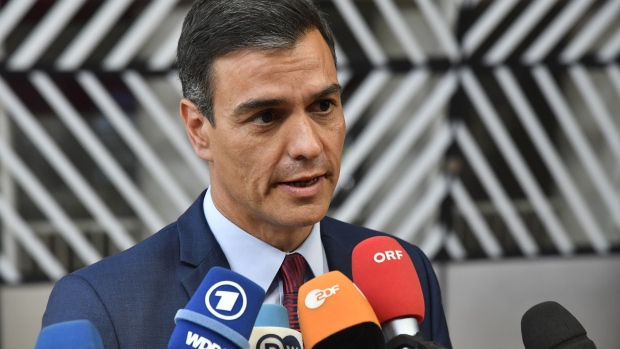 Spain’s acting Prime Minister Pedro Sánchez has rejected the latest offer made by the leftist group Unidas Podemos in a bid to reach a governing deal that would prevent a repeat general election in November.

In their first telephone conversation in a month-and-a-half, Podemos chief Pablo Iglesias and the leader of the Socialist Party (PSOE) talked for 10 minutes about the possibility of a “trial coalition” between both political forces.

Podemos, which came in fourth at the April 28 election and wants government positions in exchange for supporting a Sánchez-led administration, said it would be willing to put an expiration date on the coalition experiment.

Iglesias offered to stay together until mid-2020, after which the PSOE could end the relationship if it felt it was not working. Even then, Unidas Podemos would continue to support Sánchez throughout the rest of the political term.

But Sánchez, who is seeking to head a minority government with external support, rejected the offer. The Socialist leader won the most votes in April but fell well short of the majority he needs to form a government. Cross-party talks have failed to produce the required numbers, and when Sánchez stood in an investiture vote in July he failed to attract enough support. If a solution is not found by September 23, parliament will be dissolved and a new election called – the fourth in as many years, reflecting Spain’s fractured political scene.

“After the failed investiture and the rejection by Unidas Podemos’ leader of the coalition that had been offered by the PSOE, the conditions are not there either in terms of minimum trust or a plan for a cohesive, coherent government working in a single direction within a stable political term, which is something that Spain urgently needs,” said PSOE sources to justify their leader’s rejection of Podemos’ latest overtures.

The Socialists say that Unidas Podemos should forget about the coalition and negotiate a few positions in non-ministerial agencies.

There are five days left before Iglesias and Sánchez are scheduled to meet with King Felipe VI as part of the formalities to determine whether a candidate stands any chance of forming a government or whether parliament must be dissolved.