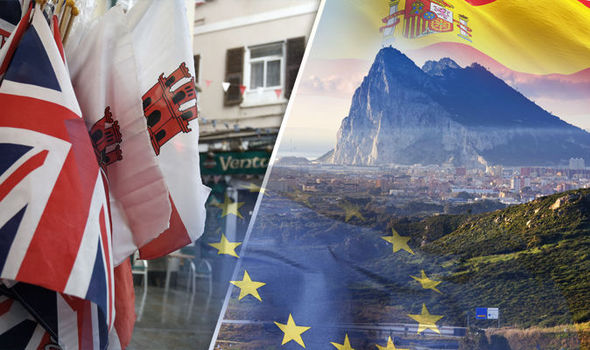 Gibraltar’s chief minister on Monday dissolved parliament and called a general election next month, saying the territory needs “strong leadership” ahead of Britain’s scheduled departure from the European Union on October 31st.

Speaking to a news conference, Fabian Picardo called for the vote to be held on October 17th to ensure a strong government was in place to tackle the fallout from Brexit.

“Gibraltar will need settled and strong leadership going into Brexit, especially if there is also to be an election in the UK and potentially in Spain thereafter,” said Picardo who was elected for a second term in 2015.

Britain’s decision to leave the EU has revived controversy over Spain’s long-standing claim to the territory, although it will not change the status of Gibraltar, which is also known as “The Rock”.

Britain’s Boris Johnson has tried to push for a snap election to resolve the political deadlock, and Spain is also struggling with a political crisis which could drag the country to a fourth general election in as many years.

During Britain’s 2016 referendum on whether to leave the EU, this tiny peninsula of some 30,000 people on Spain’s southern tip voted overwhelmingly to remain within the EU.

But six weeks ahead of the deadline, with no divorce deal agreed, Britain looks increasingly likely to crash out without a deal — a scenario which could see Gibraltar particularly badly affected by the imposition of checks at the Spanish border, London admitted last week.

Despite the persistent uncertainty, Picardo insisted Gibraltar was ready “for any type of Brexit, or no Brexit”.

“We do not wish to leave the European Union but if we leave, however we may leave, we are ready,” he said, calling for the election of a “strong and proven leadership”.

“There has never been a moment in our history where the choice of this community’s political leadership has been more important,” he said, saying a good choice would allow the territory to “thrive as we have always thrived”.

The date of the vote coincides with the start of a two-day European summit in Brussels, which could be the last chance for an agreement between Britain and the EU.

Gibraltar holds a general election every four years and the vote had been due to place before the year’s end but until now, no date had been announced.

The territory has a 17-seat parliament and runs a “first-past-the-post” system, electing a fixed quota of 10 on the government — or ruling coalition — side and seven on the opposition bench.

Picardo’s Gibraltar Socialist Labour Party (GSLP) has governed in an alliance with Gibraltar’s Liberal Party since 2011.

Spain ceded Gibraltar to Britain in perpetuity in 1713 but has long argued that it should be returned to Spanish sovereignty. London says it will not do so against the wishes of Gibraltarians, who are staunchly pro-British.

Gibraltar is self-governing in all areas except defence and foreign policy.