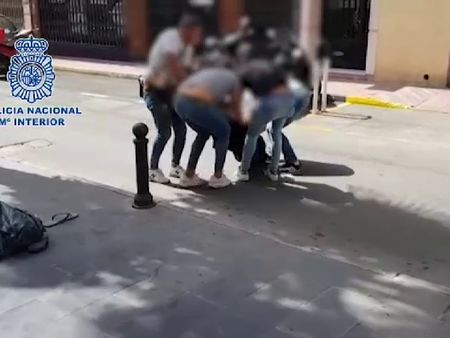 POLICÍA Nacional in Torreveija yesterday arrested a 35-year-old man wanted for a rape in Italy.

The alleged aggressor had previously escaped Turin Police by jumping through a window at their headquarters, while being questioned by the prosecutor.

Although his lawyer was present, he absconded through the 4m high window and fled to Turin’s Porta Susa train station.

Specialist agents received information from his native Gabon the attacker had fled to Spain.

During several weeks of perceived freedom, he was monitored by both Italian and Spanish authorities, eventually to be found and arrested by agents in a Torrevieja apartment.

The Policía Nacional press release states that, because of the man’s considerable size and build, it took five agents to apprehend him.

He has appeared before judicial authorities and awaits his fate.