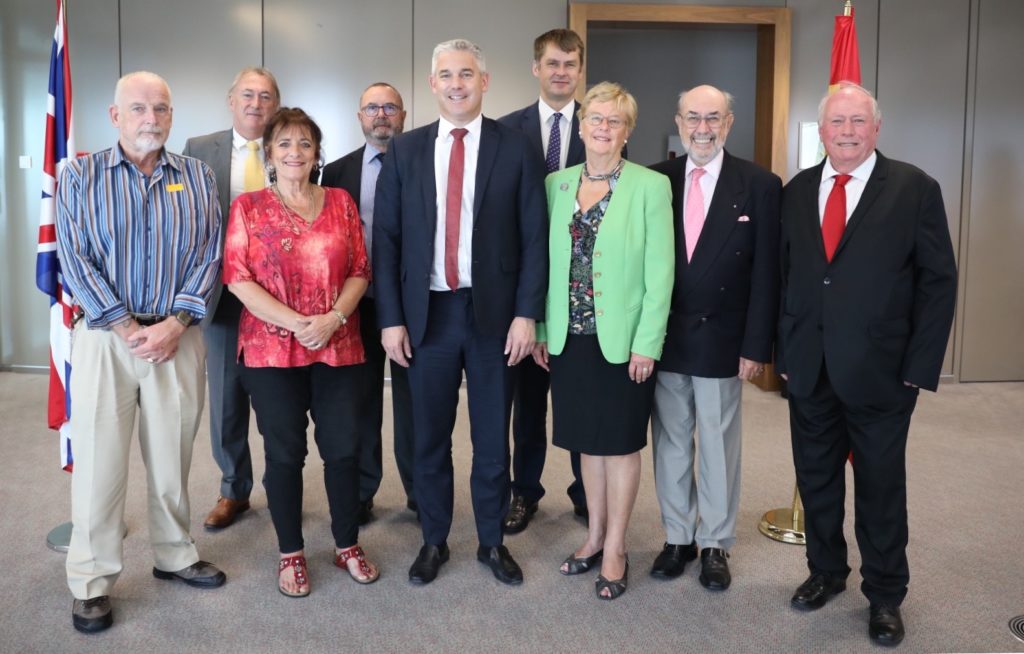 Secretary of State for Exiting the EU, Steven Barclay, met yesterday with members of three of the groups representing UK nationals in Spain: Brexpats, ECREU and EuroCitizens. They discussed the key issues affecting the more than 300,000 British citizens who have made Spain their home. During his visit to Madrid, the Secretary of State also spoke at an “Informative Breakfast” hosted by Spanish news agency Europa Press and met with business representatives.  He also discussed the importance of citizens’ rights during his meeting with the Spanish Foreign Minister Josep Borrell.

In a video message to UK Nationals living in Spain, Steve Barclay said: “It’s been really useful to meet citizens’ rights groups representing British nationals living in Spain to hear about their concerns on things like healthcare. We are absolutely committed to protecting healthcare – we are in discussions with the Spanish government on that. Through the Royal Decree, the Spanish Government has given good support to citizens here, compared to other member states.”

He added that: “We are committed to getting a deal – that is the best way to safeguard citizens’ rights. And we will ensure that we continue to support them as we go through the Brexit process.”

The video message from the Secretary of State can be viewed here: https://youtu.be/jO1QQDdVww8

The Secretary of State’s visit follows the UK Government’s launch of a major information campaign urging UK nationals living in Spain to get ready for Brexit on 31 October. It is part of a wider communications campaign effort across Europe.

UK nationals in Spain will receive information about specific actions they need to take to keep their rights and access to services in Spain, including around residency, healthcare, driving licences and passports.

The campaign will use multiple channels – from Facebook posts to billboard posters in towns and cities across Spain – urging people to take action ahead of 31 October, and builds on the Consulates’ outreach and pop-up events.

The new information campaign asks UK nationals to take action to prepare for Brexit by checking the Living in Spain Guide at gov.uk/livinginspain and:

The Embassy also strongly recommends that British nationals living in Spain join our “Brits in Spain” Facebook community, where we promote the latest outreach meetings, pop-up events and facebook live conversations, and try to keep people up to date with the latest developments. The link is here https://www.facebook.com/BritsInSpain/