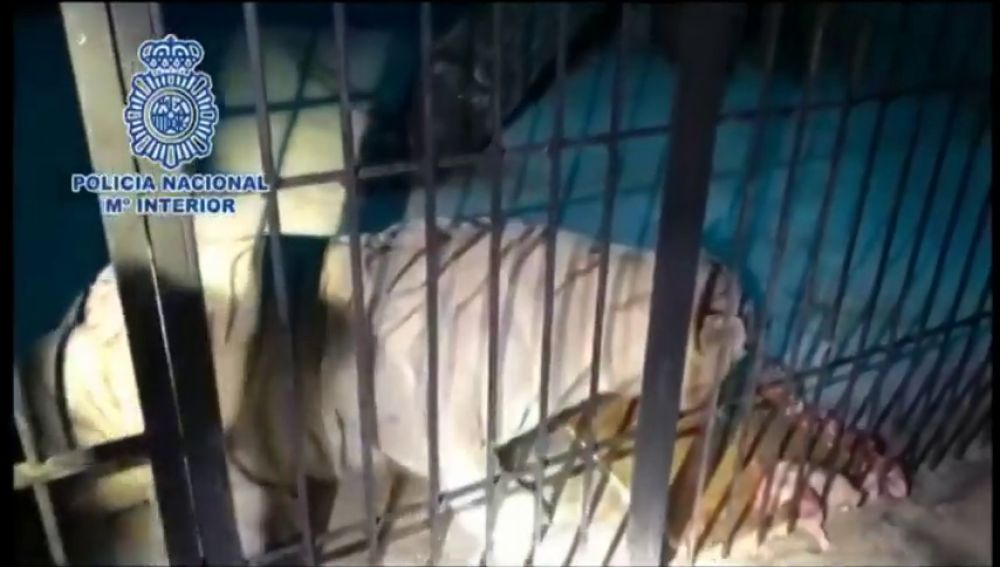 Police were shocked to find the extremely rare animal being kept next to a swimming pool in a Spanish villa where a vast amount of weapons and drugs where found.

A couple who bragged about owning one of only 20 albino tigers in the world as a caged pet have been arrested on suspicion of drug trafficking.

Spanish police found the endangered animal in a house in the city of Alicante, in the eastern Spanish region of Valencia, with the animal living next to a swimming pool in a cage.

Local media reported that the albino tiger is one of only 20 in the world.

Police allegedly seized a huge amount of weapons, cocaine and marijuana at the property and the unnamed man, 32, and woman, 36, were arrested on suspicion of drug trafficking.

Local media report the pair often showed off the tiger to their friends.

Police sources said in a statement that the suspect had several rooms ready to plant marijuana.

In one of the rooms, the couple allegedly had around 100 marijuana plants, lights and an irrigation system.

Another indoor plantation was also allegedly found inside a room but the crop had reportedly been harvested.

Among the weapons reportedly found at the property was a Winchester .308 rifle, other firearms and a bulletproof vest.

The couple are suspected of dealing drugs throughout the city of Alicant.

The two suspects are from Spain and will be sent to a judge charged with drug trafficking and illegal possession of weapons.

A National Police spokesman told Central European News (CEN) that the investigation is still ongoing “in order to find out if it is legal or not for them to have tiger like this and if so, if they have the proper permissions and documents.”

The spokesman added: “Meanwhile, the tiger is still in the house and under the care of the suspects’ relatives”.

Thy added that the tiger was “in a good state of health”.

The couple will be sent to the judge tomorrow and the investigation is ongoing. 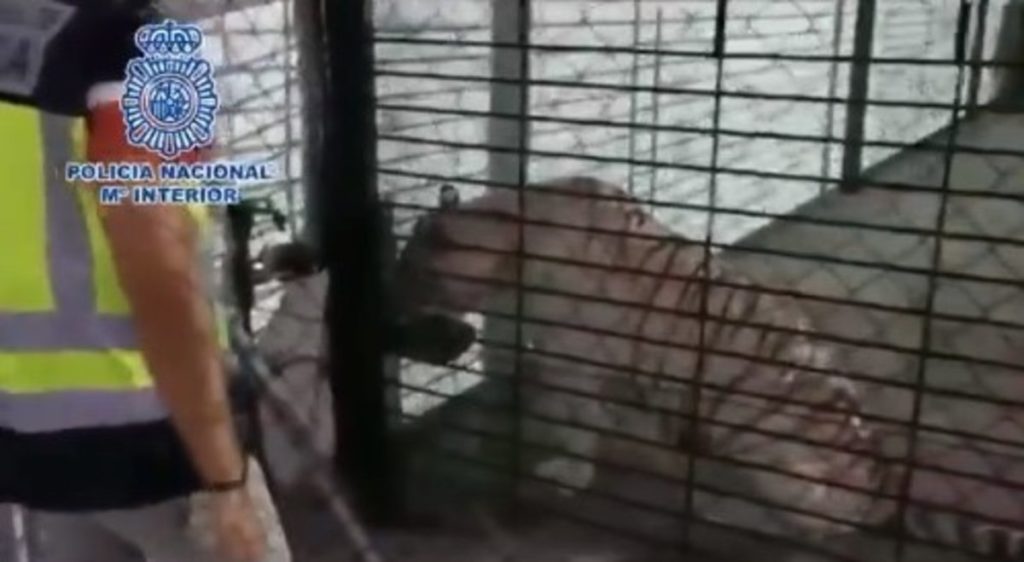