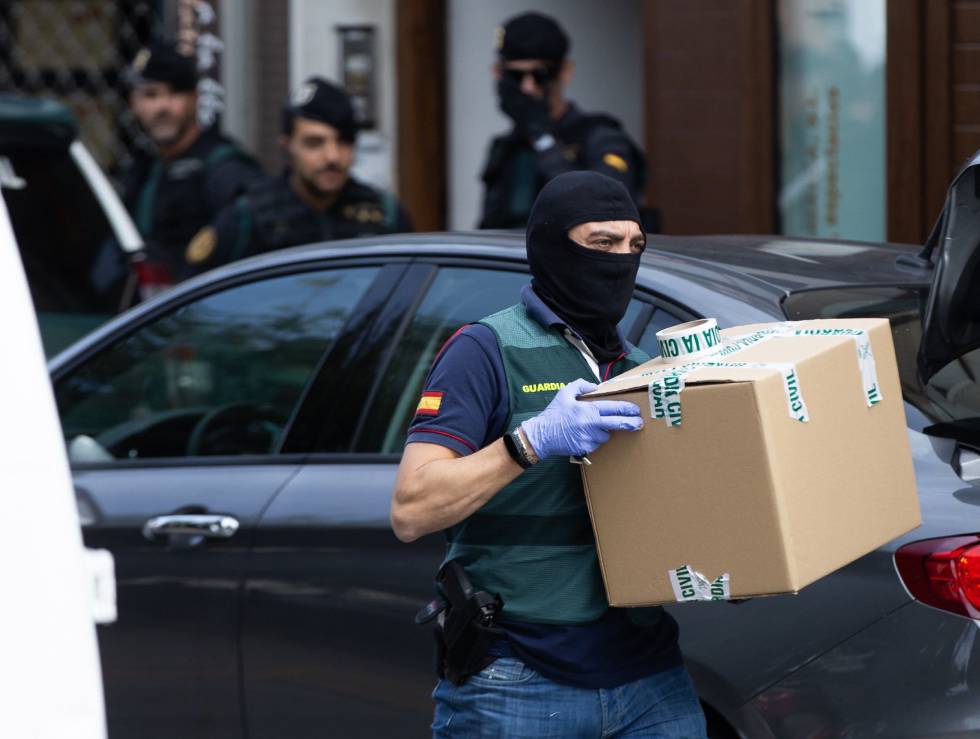 Seven Catalan separatists have been jailed as Spain’s National Court probes whether their alleged plans to commit violent acts with explosives amount to terrorism.

An investigating judge on Thursday found signs that the activists could be part of a pro-secession organization that allegedly intends to use “any means, including violent ones” to establish an independent republic in Catalonia, a court statement said.

It added that no bail has been granted for the seven and that details of the investigation will remain under judicial secrecy.

Word of the jailing led to tense scenes at the Catalan parliament in Barcelona, where separatist lawmakers including the regional president disrupted a debate Thursday evening.

“Freedom!” they shouted. Some walked out of the chamber to protest the court’s decision.

Pro-independence supporters consider that the Spanish probe of the activists is an attempt to criminalize their movement.

Hundreds demonstrated in Sabadell, a town near Barcelona that is home to some of the activists.

The arrests come as the Supreme Court prepares to rule, possibly next month, in the case of a dozen Catalan politicians and activists tried for their 2017 push for independence.

Whether use of violence was part of the events leading to and after an independence referendum banned by Spain has been a key part of that trial. That could decide whether they are convicted for rebellion or sedition, which in Spain is punished with years behind bars.

Only two Catalan separatists had been investigated for possible terrorism-related charges until now, but the court dismissed those cases last year. If terrorism charges are levelled this time, it would mark an escalation in the judicial crackdown against Catalan separatism.

On Thursday, the court placed the seven activists under investigation for allegedly being part of a terrorist organization, manufacturing explosives and conspiring to wreak havoc.

The judge believes they are linked to special teams of the self-proclaimed Committees for the Defense of the Republic, which has in the past organized street protests and blocked road and rail lines. According to the court, these teams are prepared to use violence to achieve their aims.

Police said they found substances that could be used to make explosives during raids on Monday. Prosecutors believe the activists aimed to use the substances around the anniversary of the Oct. 1, 2017, illegal independence referendum in Catalonia and the issuing of the separatists’ trial verdict.