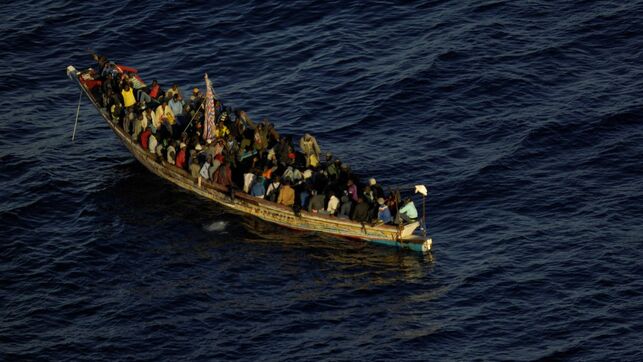 ARGUINEGUIN, Spain – Dozens of African migrants attempting to reach the Canary Islands in a battered wooden canoe were rescued in waters off the Spanish archipelago on Thursday, emergency services said.

The 37 migrants, including a child, were rescued by the Spanish coastguard six miles off the island of Gran Canaria after attempting to make the dangerous crossing from North Africa, the Canary Islands emergency services said on Twitter.

The sub-Saharan migrants were all male, they added.

While migrant arrivals in Spain as a whole, as of mid-September are down 46% compared to the same period last year, the Canary Islands have seen a 37% rise, according to data from Spain’s Interior Ministry.

Crossing to the islands, located in the Atlantic Ocean off the Moroccan coast, has become a dangerous route for migrants. Dozens died last year attempting to make the crossing, according to the U.N. International Organization for Migration.