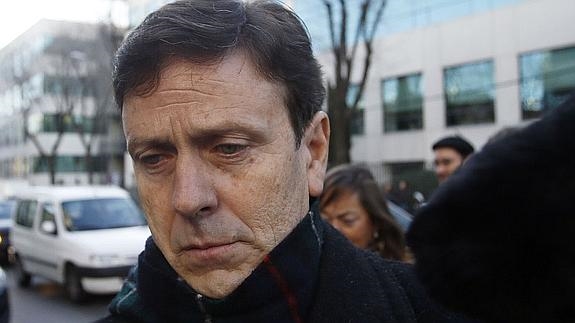 The World Anti-Doping Agency (Wada) was testing samples from athletes linked to Operation Puerto, which began in 2006.

But it cannot name the 11 athletes identified because the 10-year legal statute of limitations during which cases can be brought has ended.

Howman, who was Wada director general from 2003 to 2016 and is now head of the Athletics Integrity Unit, added: “Privacy rules frighten people.

“The pity is the efforts by Wada over the years were thwarted by a very slow-paced Spanish legal system.

“At times it seemed as if the intention was to delay any proper approach.”

Operation Puerto was launched to investigate Spanish doctor Eufemiano Fuentes, who was convicted for supplying blood transfusions to professional cyclists in 2013.

But the trial judge ordered blood bags seized in the investigation to be destroyed.

Lengthy court battles followed before, in 2016, Wada and other bodies overturned the decision and received permission to analyse 215 seized blood bags.

More delays followed before Wada was able to access and analyse samples from athletes suspected of being part of the ring with DNA from the blood bags.

Wada said it concluded the Puerto investigation in August.

“In total, 11 athletes (10 male and one female) have been identified through this process as clients of Dr Fuentes,” Wada confirmed in its annual report.

“However, due to the 10-year statute of limitations having elapsed, names can no longer be made public.”

Current world champion Alejandro Valverde is the only cyclist who received a ban as a result of Operation Puerto to still be racing at the highest level – the 39-year-old finished second at the recent Vuelta a Espana.

Fuentes also worked in other sports but no athletes from outside cycling were named.

2006: Operation Puerto is launched after police raids on addresses in Madrid and Zaragoza. Large quantities of anabolic steroids, laboratory equipment used for blood transfusions and bags of frozen blood are found.

Dr Fuentes, one of those arrested, defends his methods of removing blood from patients and freezing it – the patient’s body then automatically creates more red-blood cells to make up for the deficiency before the removed blood is re-injected, giving their body a further boost. He also says he has treated tennis players, footballers and athletes.

Investigators compile a list of more than 50 professional cyclists – many are omitted from that year’s Tour de France or sacked by their teams. Former Tour de France winner Jan Ullrich, Vuelta champion Alejandro Valverde and Ivan Basso are among those later suspended.

2007: With doping in sport not against the law in Spain at the time of the raids, the probe is closed.

2008: Operation Puerto is reopened is reopened to look into possible offences against public health by doctors involved in the case. However a Madrid court concludes no criminal offences has been committed.

2009: The Italian Olympic Committee asks Spanish authorities to hand over evidence so it can conduct its own investigations, but a Madrid judge refuses. However, Italian authorities issue a two-year ban for Valverde.

2013: Fuentes is charged with endangering public health and goes trial, alongside others. The sports doctor receives a suspended one-year prison sentence.

However, Judge Julia Patricia Santamaria rules the blood bags should be destroyed, a decision which provokes widespread criticism.

The World Anti-Doping Agency, cycling’s world governing body the UCI, Spanish anti-doping bodies and the Italian Olympic Committee appeal against that decision. The bags are stored in an anti-doping laboratory in Barcelona.

2016: Fuentes’ sentence is overturned on appeal. The appeal against the the destruction of the blood bags is also successful.

2019: Wada announces its tests on the blood bags have led to the identification of 11 athletes but admits it is not allowed to identify them.