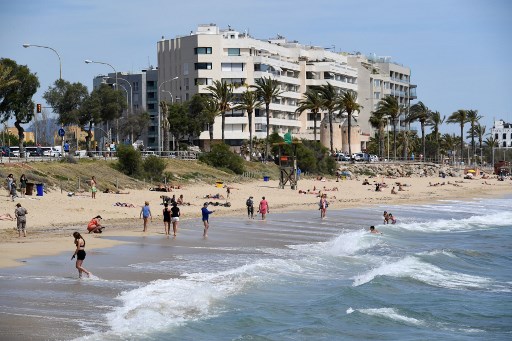 Hundreds of hotels in Spain are facing imminent closure over the collapse of British travel giant Thomas Cook, the head of the Spanish hotel federation warned on Monday.

“There are 500 hotels which are going to close immediately due to the collapse of Thomas Cook and the situation could get worse if the government doesn’t take immediate action,” Juan Molas, head of Spain’s Confederation of Hotels and Tourist Accommodation, told business daily Cinco Dias.

And the sum in unpaid bills left by the demise of the tour operator would be much higher than the initial estimate of 200 million euros ($220 million), said Molas, whose organisation represents 15,000 businesses.

“It will be much more. The amount for only eight chains is close to 100 million.”

Of those hotels facing immediate closure, 100 were exclusively dependent on Thomas Cook, he said, while the rest counted on the firm for between 30 and 70 percent of their clients.

One hotel in Fuerteventura, the second largest of the Canary Islands, had recently undergone a 20-million-euro upgrade and was now faced with 700 rooms “which are going to be empty from October 7” and 200 employees it would be forced to dismiss.

Worst hit are those in the Canaries and the Balearic Islands, where 40 percent of hotels are affected.

The industry has put together an emergency plan to be presented to Tourism Minister Reyes Maroto at the next Spanish tourism board meeting on October 7 which will also address the urgent question of air links with the Canary Islands.

Industry experts fear the impact there could be even more devastating than elsewhere as the resort is very popular as a winter destination among tourists from northern Europe.

“The busy season is starting and Thomas Cook had 30 percent of air capacity,” Molas said, indicating the disappearance of the package holidaymaker could affect some 1.3 million airline seats, with Tenerife and Lanzarote particularly badly hit.

He urged the government to contact RyanAir, one of the few carriers that flies there, to urge the budget airline “to reconsider” plans to close four bases in Spain, three of them in the Canaries, saying it was “critical” that the airline maintain its flights.