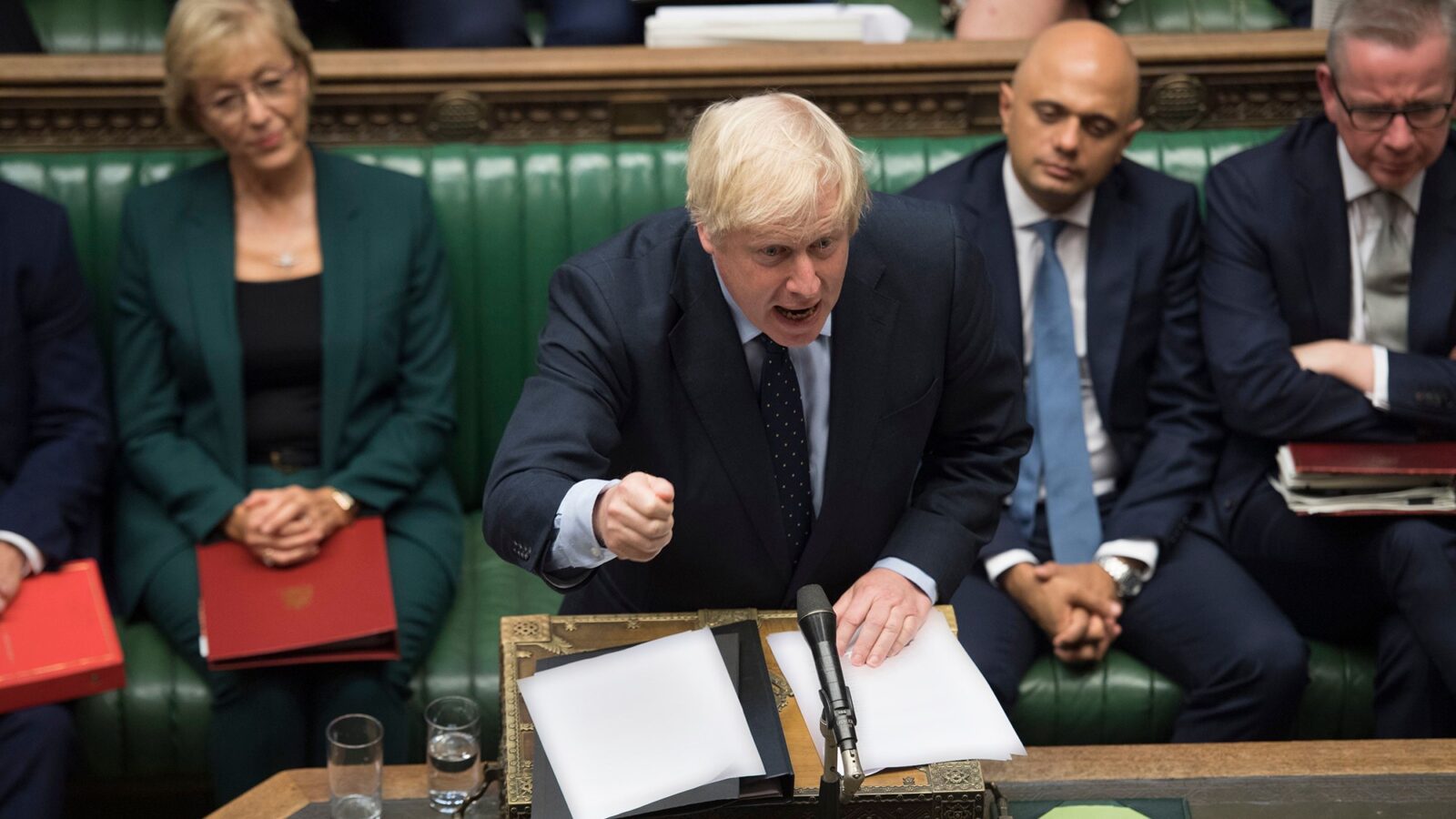 The prime minister apologises for any “misunderstanding” after he dismissed an MP who spoke of death threats as “humbug”.

Boris Johnson has called himself “the model of restraint” and attacked a “cloud of indignation” over calls for him to moderate his language on Brexit.

The prime minister said “everyone should calm down” after he was criticised for dismissing as “humbug” an MP who told of death threats which “quote his words”.

He apologised for any “misunderstanding” and insisted he was only rubbishing the claim he has inspired aggression against MPs.

“I think I’ve been a model of restraint,” he told the BBC’s Andrew Marr Show.

Mr Johnson repeatedly branded the law which forces him to ask the EU to delay Brexit, to avoid no-deal, a “Surrender Act” during his appearance on the programme.

He defended using the “legitimate” phrase which he called a “tried and tested metaphor”, on the Conservatives’ first day of their annual conference in Manchester.

But Labour’s shadow education secretary Angela Rayner accused the prime minister of trying to “inflame and divide our country”.

“To suggest in any way that we are surrendering and not wanting to do the best by our country is really damaging, especially as a direct strategy from Number 10. I think he should be utterly ashamed of himself,” she said.

“We have a responsibility as parliamentarians to dial down that language and act responsibly.”

Andy Burnham, the Labour mayor of Greater Manchester, added that the “take no prisoners” approach was “unnerving people”.

“This conference needs to be a turning point,” he told Sky News’ Sophy Ridge on Sunday.

Two members of the PM’s top team defended his use of language.

International Trade Secretary Liz Truss told a fringe event at the Tory conference that it was “appalling” to say that Mr Johnson should not use the phrase “Surrender Act”.

She said to do so would “damage free speech”.

Michael Gove, the Chancellor of the Duchy of Lancaster, told a Policy Exchange fringe event: “I do think robust political debate and free speech are really important in our country.

“Of course you should always be respectful of the experience of others and, in particular, you should have a care at a time of heightened emotions and concerns, about the impact of your words.”

But, Mr Gove added: “You must have freedom of conscience and freedom of speech, it is the fundamental freedom on which everything else depends.

“Of course you can criticise people, you can regret things, you can invite them to apologise.

Mr Johnson also dismissed any allegation of wrongdoing over his links with former model Jennifer Arcuri.

It follows claims that the American entrepreneur received public money and privileged access to foreign trade missions while Mr Johnson was London mayor.

Mr Johnson ruled out an election pact with Nigel Farage’s Brexit Party, insisting the Conservatives “don’t do deals with other parties”.

The Tories previously spent five years in a coalition with the Lib Dems and entered a confidence and supply agreement with the Democratic Unionist Party in 2017 to prop up the government.

In an interview with Sky’s Sophy Ridge on Sunday, Mr Farage predicted the Tories’ majority could shoot up 100 seats if the pair did a deal.

He also rowed back on saying “we’ll take a knife” to civil servants after Brexit – which prompted a police investigation – admitting: “I should have said we’ll take the axe to Whitehall – axe would have been a better term.”