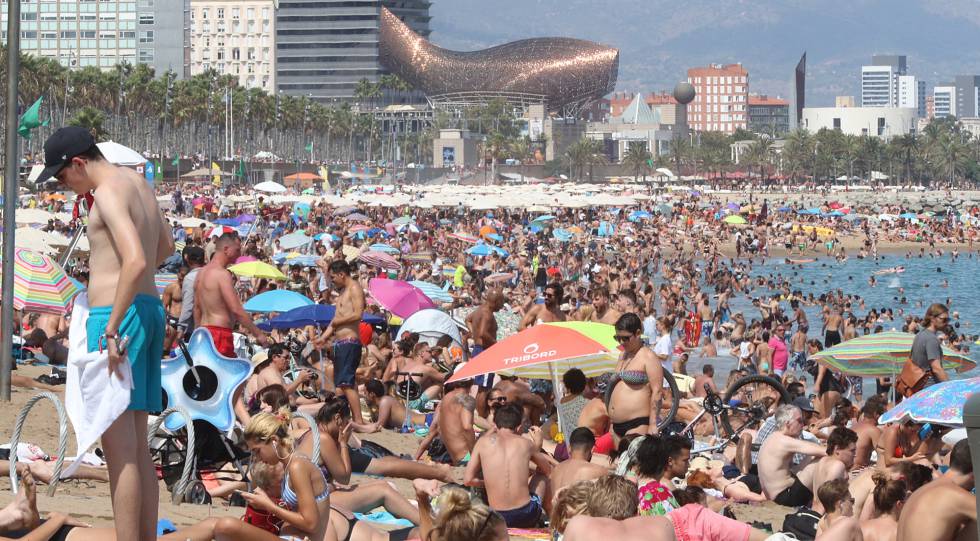 Spain is the world’s second from top in foreign visitor numbers, the second in terms of tourism income volume and the most competitive holiday destination on the planet, according to the United Nations’ World Tourism Organisation.

For numbers, Spain continues a trend it set around five years ago in coming second to France but above the USA, with an average of 82.7 million visitors from abroad annually – nearly double its resident population.

France is ahead with 89.4 million and the USA, despite its much larger land mass, is slightly behind on 79.6 million.

China, Italy, Turkey, México, Germany, Thailand and the UK make up the rest of the top 10.

With 1.4 billion people on earth having gone abroad for a break in the last full year – from 2017 to 2018 – a clear upward trend has been reported, with 5% more people taking holidays out of their resident country than in the 2016-2017 period.

And Spain’s holidaymaker numbers have rocketed: at the start of the financial crisis, in 2009, and at a time when the country was a far-from-competitive destination compared with much cheaper tourism hotspots relatively close by, annual foreign visitors did not greatly exceed the population, coming in at 52 million, compared with the USA’s 54.9 million.

Since then, numbers have soared by 30.7 million, with a continual climb since 2015.

The tourism industry in Spain, compared with the rest of the world, has taken an about-turn: from being criticised a decade ago for failing to be competitive, it has now become, officially, the most competitive in the world.

This means value for money, rather than cheap – many other destinations are much cheaper, but do not offer the same level of quality or facilities.

Spain is followed by France, Germany, Japan, the USA, the UK, Australia, Italy, Canada and Switzerland.

In the first half of this year – up to and including June – a total of 48.06 million foreign tourists had visited Spain, exceeding the resident population by around a million and showing growth of 2.7% on the same six-month period in 2018.

Despite their numbers having declined since the Brexit referendum, the UK is still the largest output country for holidaymakers in Spain – in July 2019 alone, nearly 2.2 million Brits took a sunshine break in the country, ahead of Germany’s 1.24 million and France’s 1.42 million.

The USA earned the most money from tourism last year, ahead of Spain – but this is logical, given that Spain is a less-expensive destination and its land mass is much smaller.

The difference between Spain and the rest of the top 10 countries is far less pronounced – China, at number 10, earned around €35bn and the UK, at number five, just short of €50bn.

France and Thailand come directly after Spain and before Britain, and Italy, Australia and Japan come between the UK and China.