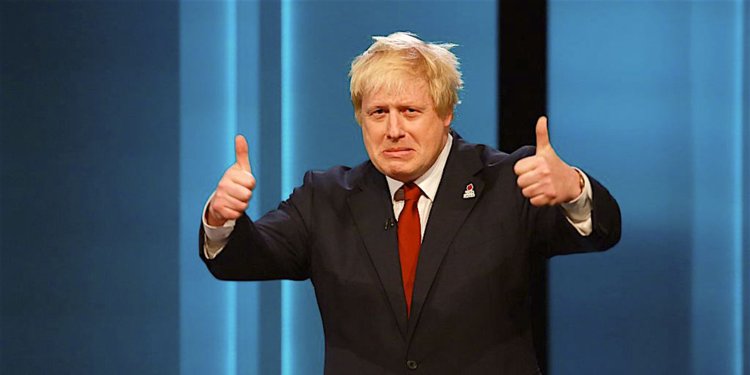 Boris Johnson says there should be “no doubt” the only alternative to the Brexit proposals he will put to Brussels later is no-deal.

Addressing his party conference in Manchester, the PM said his plan would be a “compromise by the UK”, but he hoped the EU would “understand that and compromise in their turn”.

The European Commission said they will “examine [the proposals] objectively”.

The Irish PM said he had not seen the plans but was “not encouraged”.

Leo Varadker told the Irish Parliament: “What we are hearing is not encouraging and would not be the basis for agreement.”

The UK is set to leave the EU on 31 October.

The government has insisted it will not negotiate a further delay beyond the Halloween deadline, saying this would be unnecessary and costly for the UK.

However, under the terms of a law passed by Parliament last month, the PM faces having to request another extension unless MPs back the terms of withdrawal by 19 October – two days after a summit of European leaders.

The European Commission’s President Jean-Claude Juncker and Mr Johnson will speak on the phone later, and the two sides’ negotiating teams will also meet.

In his speech, Mr Johnson said no-deal was not an outcome the government was seeking, but “it is an outcome for which we are ready”.

On the eve of his speech, Mr Johnson told a conference fringe meeting, hosted by the DUP, that he hoped to reach a deal with the EU over the course of “the next few days”.

What has the PM proposed?

The issue of the Irish border – and how to keep it free from border checks when it becomes the frontier between the UK and the EU – has been a key sticking point in Brexit negotiations.

Mr Johnson has said the solution reached by the EU and Theresa May, the backstop, is “anti-democratic” and “inconsistent with the sovereignty of the UK”, claiming it offered no means for the UK to unilaterally exit and no say for the people of Northern Ireland over the rules that would apply there.

The PM used his speech to confirm parts of his offer to the EU.

He said that “under no circumstances” would there be checks at or near the border in Northern Ireland and the proposals would respect the peace process and the Good Friday agreement.

It included promising “a process of renewable democratic consent” for the Stormont Assembly on its relationship with the EU going forward.

He also referred to the use of technological solutions to ensure there was no hard border on the island of Ireland.

He said he did not want a deal to be out of reach “because of what is essentially a technical discussion of the exact nature of future customs checks when that technology is improving the whole time”.

Mr Johnson also said he would “protect the existing regulatory arrangements for farmers and other businesses on both sides of the border”.

He added: “At the same time we will allow the UK – whole and entire – to withdraw from the EU, with control of our own trade policy from the start.”

The PM said this would “protect the union”.

Echoing the main slogan of the conference, Mr Johnson said: “Let’s get Brexit done on 31 October…to answer the cry of those 17.4 million who voted for Brexit [and] for those millions who may have voted Remain, but are first and foremost democrats and accept the result of the referendum.”

The PM added: “We love Europe. We are European.

“But after 45 years of really dramatic constitutional change, we must have a new relationship with the EU.”

This speech was hugely important for Boris Johnson’s Brexit deal.

Be in no doubt that amongst those listening most closely, most intently, will be leaders in other European capitals, trying to gauge whether Mr Johnson is serious about a Brexit deal or whether he is paving the way for no-deal and looking to blame the EU.

This was actually a rather surprising speech because there was none of the aggressive, combative language that we had been expecting – none of the in your face, take it or leave it final offer that we were told would form the guts of his argument.

What that meant was that Mr Johnson didn’t endeavour to bring the house down in the conference hall. He didn’t go for the easy Brussels bashing, and for the wider viewers in this country, there were no brand new policy announcements.

You sense Mr Johnson has calculated for the next few hours and days that the really crucial audience in terms of his premiership, and for his future, is not here in Manchester – it’s in capitals around the EU.

What does the EU think?

Before Mr Johnson’s speech, a European Commission spokeswoman said they would examine the proposals objectively, adding: “We will listen carefully to the UK.”

She said the EU wanted to agree a deal with the UK, saying “an orderly withdrawal is far more preferable than a ‘no-deal’ scenario”.

But the spokeswoman also reminded the UK of its “well-known criteria”, saying: “In order for there to be a deal, we must have a legally operational solution that meets all the objectives of the backstop.

“[That means] preventing a hard border, preserving North-South cooperation and the all-island economy, and protecting the EU’s Single Market and Ireland’s place in it.”

Leo Varadker said he would work until the last moment to secure an agreement, but he added: “We will not do so at any cost, and we are ready for no-deal if that’s what the British decide to do.”

The BBC’s Europe editor, Katya Adler said the bloc wanted to do a deal and needed to be seen to try.

But she added it was “fundamentally misunderstanding the EU” if the prime minister believed the other 26 EU leaders will turn round to Ireland and say they have to accept the proposals just they want to have a deal.

What has been the reaction to his speech?

There were huge rounds of applause for Mr Johnson from within the conference hall, showing support from his party.

After the speech, one member said the PM was “exactly what we need”, while another said she had been “inspired”, adding: “We are so fed up with nothing happening, but we feel like something will happen now because we think he will deliver.”

But the PM’s plan has been branded as “extreme” and “doomed to failure” by the SNP’s Westminster leader, Ian Blackford, who said his strategy was leading towards a no-deal.

Shadow chancellor John McDonnell said the prime minister’s speech was “absolute bluster” and he described it as a “cynical manipulation to get a no-deal”.

Mr McDonnell also that any Brexit deal or no-deal should be put to the people to make the final decision.

The director general of the CBI, Dame Carolyn Fairbairn, praised the PM’s “optimistic vision for the UK”.

But she said his plan “relies on a good Brexit deal”.

“The UK is at a crossroads,” she said. “[And] the no-deal turning ends in a very different place: a swamp that will slow the UK’s every step for years to come.”

What else did Mr Johnson say in his speech?

The PM also used the opportunity to criticise Parliament, saying it “refuses to deliver Brexit, refuses to do anything constructive and refuses to have an election”.

He said: “I am afraid that after three and a half years people are beginning to feel that they are being taken for fools.”

Mr Johnson said the Tories were “the party of the NHS” because of their belief in capitalism, adding: “We understand the vital symmetry at the heart of the modern British economy between a dynamic enterprise culture and great public services precisely because we are the party of capitalism.”

He praised London as its former mayor, but pledged to “unlock talent in every corner of the UK”, and ensure safety with his existing policies of 20,000 additional police officers and tackling county lines gangs.

And he repeated more policy announcements from the conference on infrastructure, education, law and order.

Mr Johnson concluded: “Let’s get on with sensible moderate one nation but tax-cutting Tory government and, figuratively if not literally, let us send Jeremy Corbyn into orbit where he belongs.

“Let’s get Brexit done [and] let’s bring our country together.”

Normally the Commons goes into recess for the Tory conference, but MPs voted against this amid the bitter fallout from the government’s unlawful prorogation of Parliament.

He told MPs the government will present its written Brexit proposals to them later.