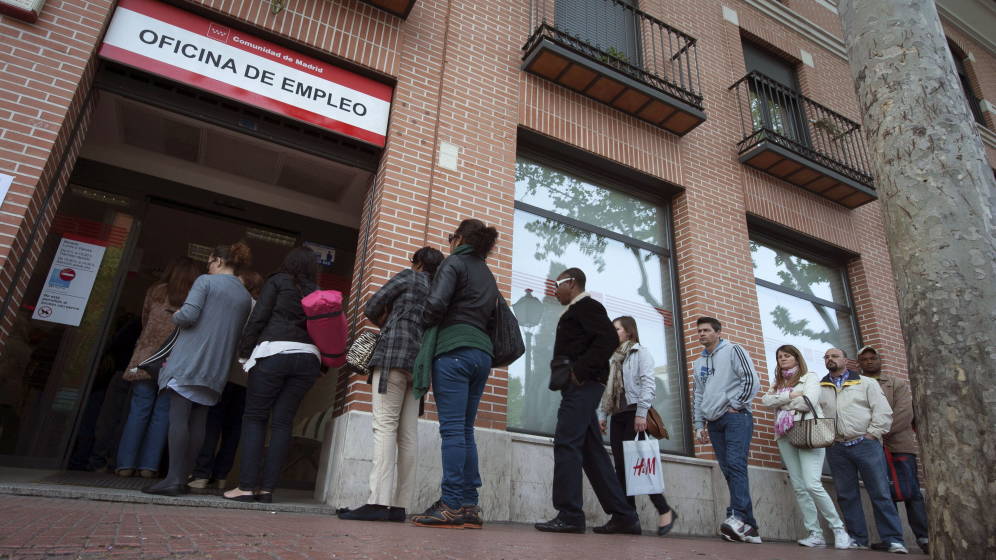 While employment is growing in aggregate terms, there is a lot of instability due to the high number of temporary positions

Spain’s labor market is feeling the economic slowdown. According to figures released by the Labor Ministry on Tuesday, job creation in September was up by 3,224 people from August, as measured as the number of new contributors to the Social Security system. But this is the weakest figure for the ninth month of the year since 2013, a time when the country was still in the grip of recession.

Registered unemployment rose by 13,907 new claims in September. This is a smaller increase than in previous years, and places the total number of people without a job at 3,079,711.

A look at annual figures also confirms that the economy is slowing down. In the last 12 months, Social Security affiliation grew by 460,739 people, 2.44% more than the previous year. While this is a strong pace of growth, it mostly reflects the momentum of previous months, and it is still the lowest rate since 2014. The data also show that there were 19.32 million employed contributors to the Social Security system last month.

Hiring was led by the education sector, which traditionally needs more workers in September and October. At the other end of the spectrum, the hospitality industry registered the smallest job increase as the peak tourism season came to an end. Retail and the health sector also lost a significant number of jobs.

In line with the nature of Spain’s labor market, a majority of the 16.7 million job contracts that were signed in the first nine months of the year were for temporary positions, while only 9.5% were for long-term employment. This means that although employment is growing in aggregate terms, there is a lot of instability in the job market.