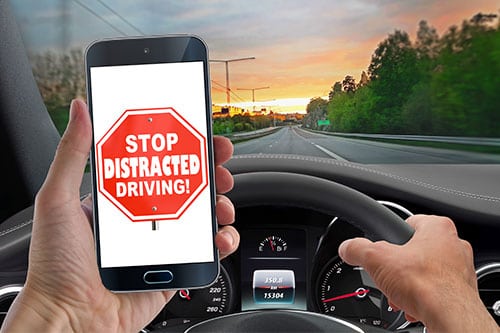 A STUDY by Fundacion Linea Directa found that drivers distracted by their mobiles cause 390 deaths each year.

In other words, using a mobile at the wheel is currently responsible for 20 per cent of road accident fatalities.

The Linea Directa findings are further supported by Españoles al volante, distracciones y uso del móvil 2019 by Gonvarri and Movistar, which also demonstrates that mobile phones are the principal distraction for drivers.

Spain’s Directorate-General for Traffic (DGT) has also analysed the mobile issue in depth and found that in just one week 5,794 drivers were stopped for distracted driving.

The Linea Directa study also found that two million drivers admitted taking a selfie while driving or videoing themselves while driving at high speed.

These include the 22-year-old who was arrested recently in Malaga after he was seen with with one hand on the wheel and the other holding his mobile as he videoed himself driving at 189 kilometres per hour.