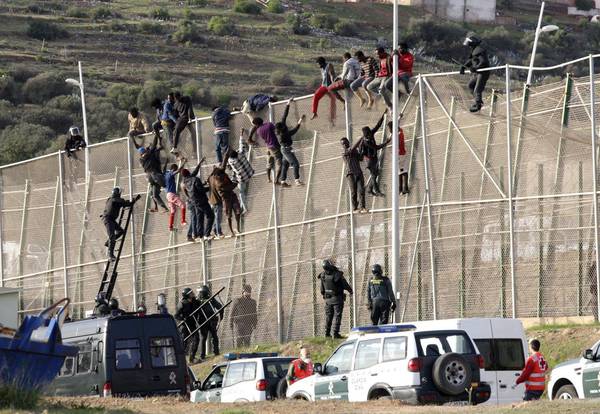 SPAIN’S border with Morocco at Ceuta was temporarily closed yesterday as Guardia Civil were put on high alert for a possible mass crossing by migrants.

Moroccan authorities had warned their Spanish counterparts that a group of about 150 sub-Saharan migrants were preparing to attempt to cross.

All Guardia Civil units were put in alert and moved to strategic points to guard the fence and gates into the enclave.

On the Moroccan side a large force of police was deployed that effectively stopped the mass movement of migrants.

On August 30, 150 migrants stormed the border crossing and overwhelmed guards to make it into the city.