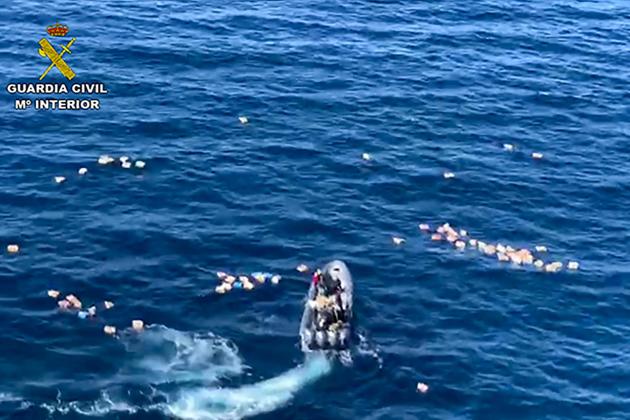 Three Spanish police officers who were thrown into the sea when their boat crashed early Friday during a high-speed chase were pulled to safety by the drug-smugglers they were chasing, police said.

The unexpected rescue happened after a police vessel began pursuing a speedboat “with four people on board that was suspected of transporting drugs” in waters off the southern coast of Spain, a police statement said.

During the chase, the two vessels collided, causing three police officers to fall into the sea as their boat “span out of control”.

Using a megaphone, a police helicopter that was hovering overhead called on those on board the speedboat to help and they pulled the three agents to safety unharmed.

The gesture did not spare them, however, when police found three tonnes of hashish in the water nearby.

“They were arrested for drug trafficking,” a police statement said, indicating that more than 80 bundles of hash had been recovered from the sea.