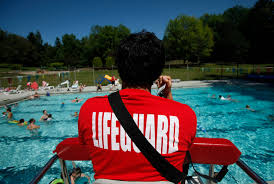 MORE people drowned in the Valencia region in September than in any other region of Spain.

Eleven people drowned in the autonomous community out of the 49 deaths in Spain. According to the National Drowning Report (INA) prepared by the Royal Spanish Rescue and Rescue Federation.

In addition, it was also the community with the most annual drowning victims – it registered 57 deaths or 16 per cent of the total drowning deaths in Spain.

The number of deaths due to drowning in the first nine months of the year was 356 people, an increase of 17.5 per cent over the same period of 2018, having registered 53 more deaths.

In September, six autonomous communities had more than eight out of every 10 fatal drownings; Comunitat Valenciana is followed by Andalucia and Catalonia with seven each, and the Balearic Islands, Canary Islands and Galicia, with five each.

The majority of drownings occur where there is no lifeguard service.