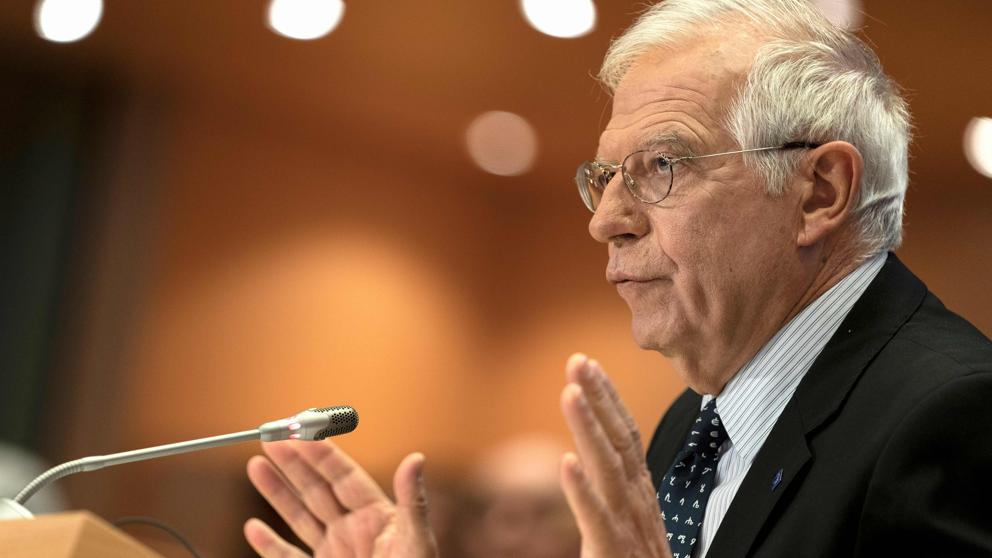 SPAIN’S caretaker foreign affairs minister Josep Borrell has been chosen as head of diplomacy for the European Union, a role he will take up from November 1.

Borrell (pictured) was voted for by two-thirds of members of the European Parliament’s foreign affairs Commission.

Among the other third, except for those who abstained, the only votes against Borrell were by the far-right party Identity and Democracy (ID).

The acting minister said yesterday (Monday) that if he was elected as head of diplomacy and deputy European Commission president, he would ‘attempt to imprint more ambition’ on the EU’s foreign policies in order to render it more of a ‘global actor’.

“A high representative should have a pro-positive attitude,” Borrell said ahead of yesterday’s votes.

“I’ll go above and beyond the minimum common denominator [and aim to resolve] our problems of identity, positioning and methods to put us on the same global playing field as the USA and China.”

Borrell made it clear he intended to ‘restore relations’ between the EU and the USA ‘as a priority’, at a time of trade tensions, and identified key areas of action as the war on climate change and a new political strategy with Asia, including special attention to connections between the two continents involving ‘standards that will define world governance’.

He wants to focus his attention, additionally, on ‘reforms and integration processes’ for the western Balkan States, revealing that his first diplomatic overseas trip would be to the Kosovan capital of Pristina.

“Russia is also a country we will need to deal with in the future, and not everything there can be solved by sanctions on Moscow,” Borrell stated.

Concerning the tension between the USA and Iran over the Strait of Ormuz and the nuclear agreement with Teheran, Borrell defends the continuity of the latter especially as ‘we are entering an era of nuclear instability’.

He also remains in favour of sanctions applied selectively by the EU to authorities in Venezuela and for these not to affect the civil population.

Spanish MEPs who supported Borrell’s application for the EU role included José Ramón Bauzá of the centre-right party Ciudadanos, who said the current foreign affairs minister was ‘the most capable’ of all candidates Spain’s acting president Pedro Sánchez could have proposed, although Dolors Montserrat complained Borrell had not at any point ‘attempted to evaluate anything about the Catalunya situation’.

MEPs for United Left and its left-wing ally Podemos criticised Borrell for ‘not having approached the issue of the Sahara’ – referring to the disputed State of Western Sahara which has close community ties with Spain – and said they would be ‘on the qui vive‘ to ensure the new head of diplomatic relations ‘kept his promises’.