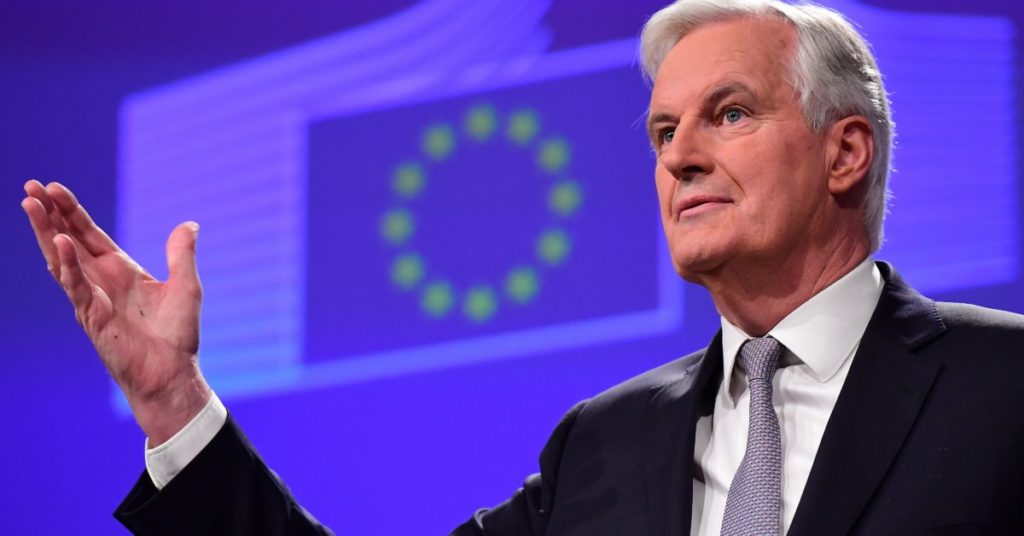 The EU and UK are “not really in a position” to strike a Brexit deal, the bloc’s chief negotiator has said.

The EU official told MEPs in Brussels: “To put things very frankly… at this particular point we are not really in a position where we are able to find an agreement.”

Mr Johnson has unveiled new plans for the post-Brexit Irish border, having vowed to scrap the backstop arrangement agreed between Brussels and his predecessor Theresa May.

He hopes to strike a deal ahead of next week’s summit of EU leaders, and before the 31 October Brexit deadline – the date on which he has vowed to take the UK out of the EU “do or die”.

Mr Barnier, reiterating the EU’s unhappiness with the prime minister’s approach to the Irish border, added: “The proposal of the British government, as it stands, is not something we can accept.

“It replaces an operational, practical, legal solution by one which is simply a temporary solution.”

But he stressed “an agreement is still possible” between the UK and EU, if there is “goodwill on both sides”.

“That is our approach and we hope with this attitude on both sides we will be able to come to an agreement that works for everyone.”

“Personally I don’t exclude a deal,” he said.

“Michel and myself are working on a deal and we are not accepting this blame game, which started in London.”

David Sassoli, the president of the European Parliament, said the UK now had a choice between a no-deal Brexit or a delay to leaving the EU beyond 31 October.

Brexit Party leader Nigel Farage told fellow MEPs that a no-deal Brexit would prove popular with UK voters at the next election.

He said: “Your wretched treaty is off the table, support for a clean-break Brexit is growing and it will be the winning ticket at the next general election.”

Mr Johnson has repeatedly stated he will not extend the Article 50 negotiating period, but legislation passed by MPs will compel him to seek an extension if he does not secure a Brexit deal – or MPs explicitly approve a no-deal Brexit – by 19 October.

Home Secretary Priti Patel insisted on Wednesday that “nothing is over yet” and negotiations are about to enter an “important phase”.

The prime minister will meet with his Irish counterpart Leo Varadkar on Thursday for Brexit talks in the North West.

Downing Street said the private meeting would “allow both leaders and their teams to have detailed discussions”.

Mr Varadkar insisted after a phone call with Mr Johnson on Tuesday that he would not accept a deal at “any cost”.

“There are some fundamental objectives that haven’t changed for the past three years and we need them guaranteed,” he told RTE news.

“I think it is going to be very difficult to secure an agreement by next week, quite frankly.

“Essentially what the UK has done is repudiate the deal that we negotiated in good faith with Prime Minister May’s government over two years and sort of put half of that now back on the table, and are saying: ‘That’s a concession.’

“And of course it isn’t really.”

The government is planning to hold an historic sitting of parliament by calling MPs to Westminster on 19 October, which falls on a Saturday, the day after the EU summit.

It will be the first time MPs have sat on a Saturday since the Falkland Islands invasions.