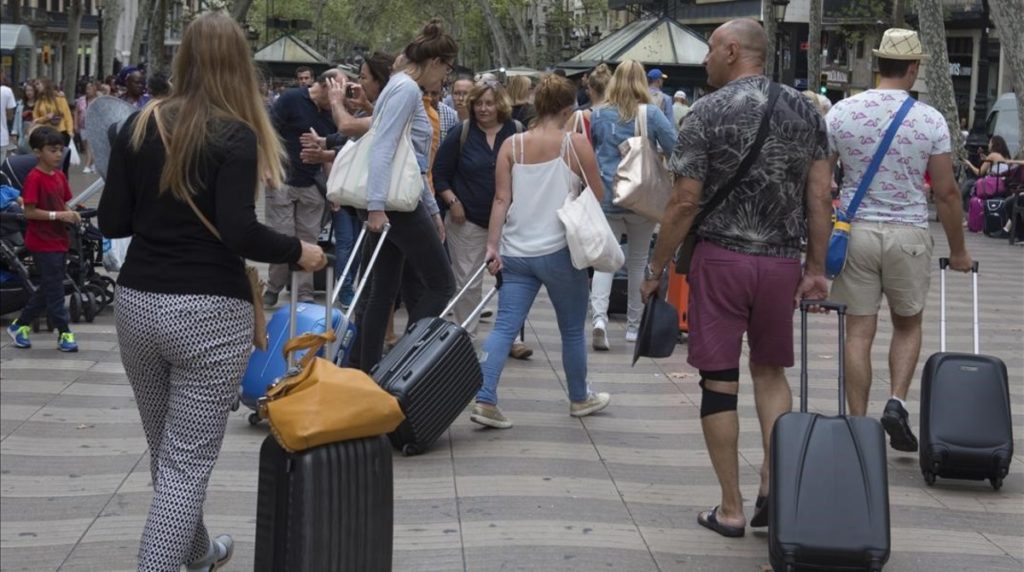 Despite evidence that these charges do not reduce visitor numbers, the sector says it comes at a bad time.

Barcelona’s city council has agreed to ask the parliament of Catalonia for the right to apply a local surcharge to the regional tourist tax in place since 2012.

The issue of tourist taxes is something of a hornet’s nest in a country where the only other region to charge visitors is the Balearics, home to the popular islands of Ibiza and Mallorca.

Tourist taxes are charged in many European countries and years of experience show that tourism arrivals are not significantly affected, but the Spanish hotel industry remains a vocal opponent of the move.

With signs of an economic slowdown on the horizon and Spanish tourism figures on the decline, the Barcelona initiative is reviving the controversy.

Catalonia introduced a tourist tax in 2012 and the Balearic Islands followed suit in 2016. In the Valencia region, which also attracts large numbers of tourists, the partners in the governing coalition – Compromís and the Socialist Party (PSOE) – are at odds over the matter.

In Catalonia and the Balearics, an overnight accommodation tax is paid at hotels, hostels and holiday rentals, while cruise ships pay for docking at the port (the charge ranges from €0.45 to €5 per person per day depending on the type of accommodation and its location). In the last tax year, Catalonia collected €56 million in tourist taxes, half of that amount in Barcelona. And the Balearics made €122.7 million.

At the time of their approval, these taxes were heavily criticized by hotel industry leaders who said it would reduce tourism numbers. But the evidence shows that they have had little effect, and in fact have proved inefficient against overcrowding. The main goal of the taxes was to raise funds to fix the damage caused by mass tourism to the environment and to the local cultural heritage.

Since the tax was introduced in the Balearics in 2016, international tourist arrivals have actually increased from 12.9 million at the close of that year to 13.8 million in 2018. And in Catalonia, arrivals have surged 23% since the charge became effective in 2012.

A comprehensive report on local financing made in 2017 for Spain’s treasury department mentioned “empirical studies that suggest a very small negative impact on tourist arrivals from this type of levy.”

In a recent article published by the Economic Magazine of Catalonia, Josep Andreu Casanovas of the consulting firm Cegos and Jordi Suriñach of Barcelona University explored whether more tourists would have come to Catalonia without the tax. “In all the strategies that were used, and for all variables considered, the conclusion is always the same: it was impossible to prove that the tourist tax has had a negative effect on tourism demand in Catalonia.”

The tourism lobby group Exceltur admits as much. “But careful, because the tide is turning,” warns the group’s vice-president, José Luis Zoreda. “The circumstances are changing, a slowdown is on the way, there’s Brexit, and the considerable effects of [the collapse of] Thomas Cook.”

This lobby group notes that Spain has been benefiting in recent years from additional tourism as travelers avoided politically unstable situations in Turkey, Egypt and Tunisia, but says that this could quickly change again.

Manel Casals, director general of the hotel industry group Gremi d’Hotels de Barcelona, says that the city council initiative “comes at a very bad time.” He describes it as “a populist measure that does not have tourism policymaking in mind, but is purely for collection purposes.”

In the Balearics, hotel owners who are still grappling with the overnight collapse of British travel giant Thomas Cook are now demanding the elimination of the eco-tax, aimed at repairing the damage of mass tourism on the island ecosystem.

The hotel industry also calls the tourist taxes unfair because they only target accommodation, not restaurants, transportation, museums or entertainment.