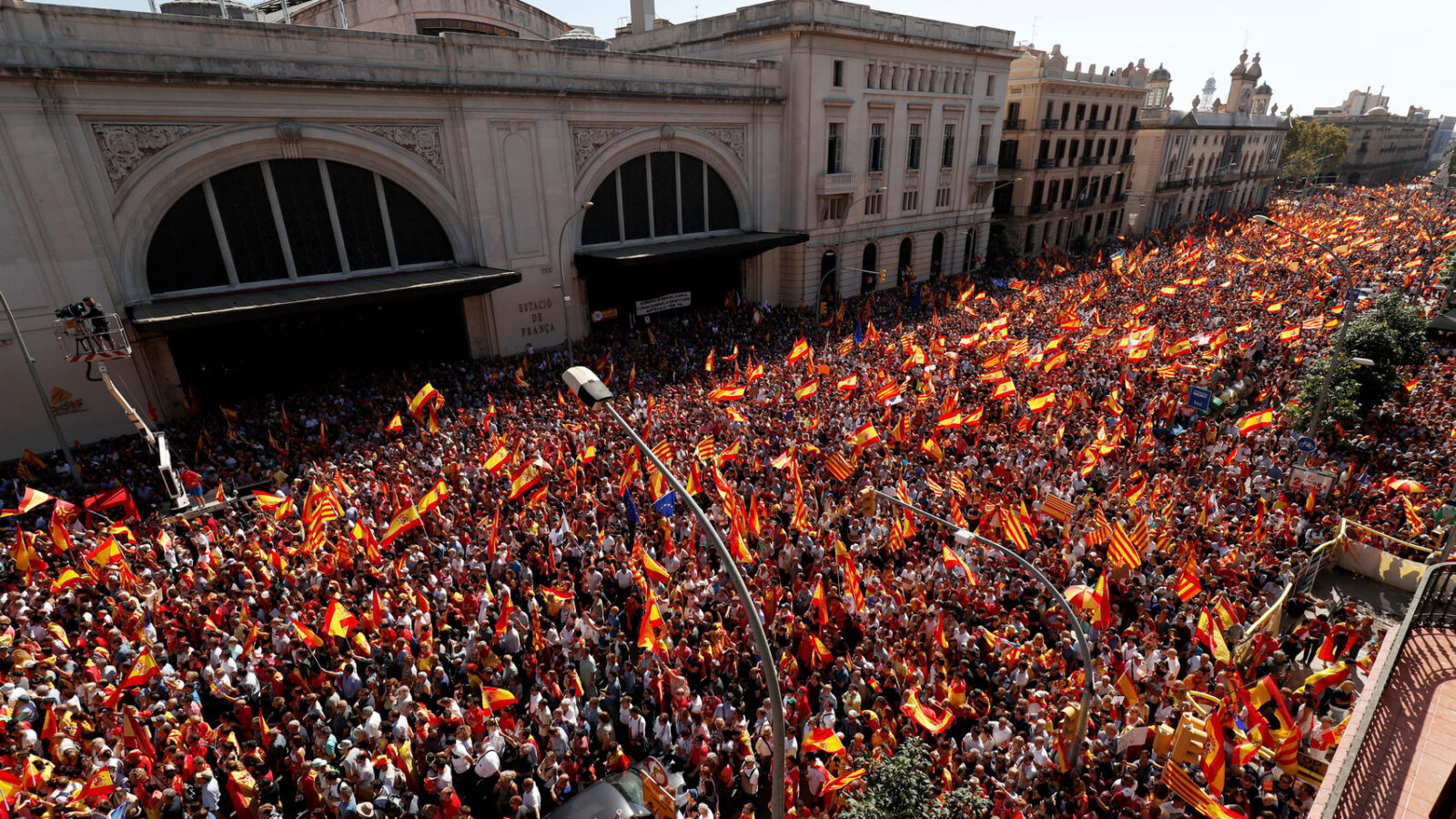 Thousands of people opposed to Catalan independence marched in the region’s capital Saturday, Spain’s national day, with the verdict in the trial of leading Catalan separatists expected early next week.

Waving Spanish — and some Catalan — flags and carrying anti-independence banners, 10,000 people marched in the city centre, according to police.

It was significantly lower than the 65,000 people who took part in a similar demonstration two years ago.

Hispanic Day marks the arrival of the Italian explorer Christopher Columbus in the Americas in 1492, and some of those celebrating it in Barcelona expressed the hope that the Catalan separatists on trial would be convicted.

“I certainly hope they will be convicted for their attempted coup,” said 60-year-old Pepi Ordonez. “They didn’t respect the constitution.”

Twelve defendants, most of them members of the former Catalan government, could face long prison terms if convicted for the 2017 independence bid that sparked a major political crisis. The main charges include rebellion and sedition.

Activists from the Catalan National Assembly (ANC) and Omnium Cultural, the two biggest grassroots pro-independence groups, have called for rallies across the region when the verdicts are announced.

There have also been calls for a general strike.

Fernando Sanchez, who leads the main anti-separatist group, Sociedad Civil Catalana, told journalists: “We want to make an appeal for calm and for responsibility.”

“I’m scared that there will be violence,” said another demonstrator, a 62-year-old Manuel Rueda.

“All we want, is to start to live again as we did 10 years ago, without separatist or Spanish flags everywhere, when everybody lived together peacefully,” he added.

The leaders of all the main opposition parties also attended the Madrid event ahead of the November 10 elections, as did the presidents of all the Spanish regions — with the exceptions of those from Catalonia and the Basque Country.

For years now neither region, both of which have strong separatists movements, has attended the event.