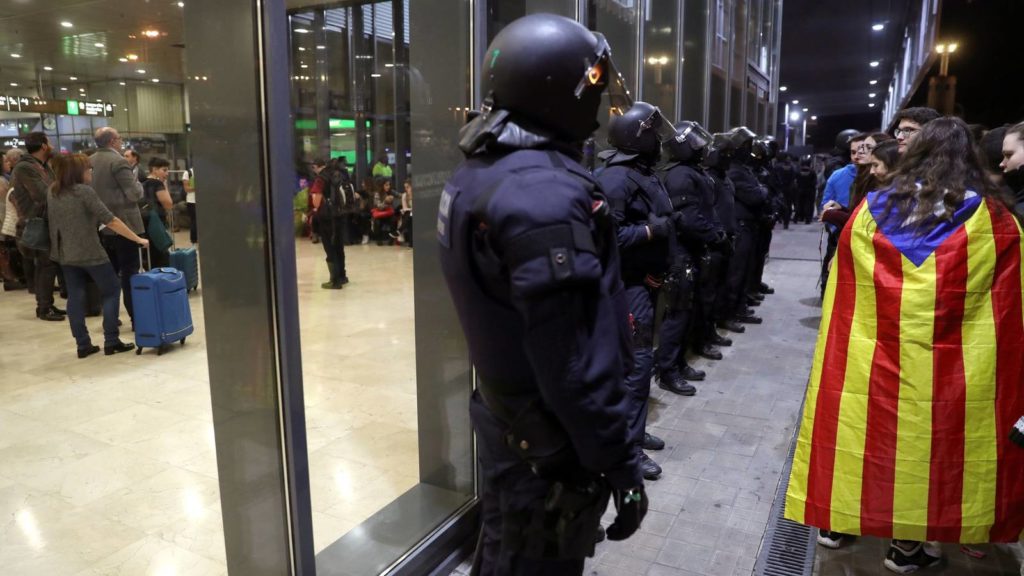 Protesters have taken to the streets to demonstrate against the Supreme Court ruling in the case of the Catalan separatist leaders tried for their involvement in the 2017 breakaway attempt.

Yesterday, Spain’s top court sentenced nine Catalan separatist leaders to between nine and 13 years in prison after finding them guilty of sedition in connection with the unilateral breakaway attempt of October 2017.

Oriol Junqueras, the former deputy premier of Catalonia, received the heaviest sentence: 13 years for sedition and misappropriation of public funds.

The verdict has been met with anger by pro-independence groups in Catalonia, which began to demonstrate in the streets and to block traffic yesterday.

There have been clashes at Barcelona airport between the regional police and independence supporters after thousands of demonstrators stormed the facilities disrupting flights whilst in Girona, around 300 people blocked off railroad tracks.

Pro-independence demonstrators are marching from five towns towards Barcelona where they’ll congregate on Friday, when a general strike has been called.