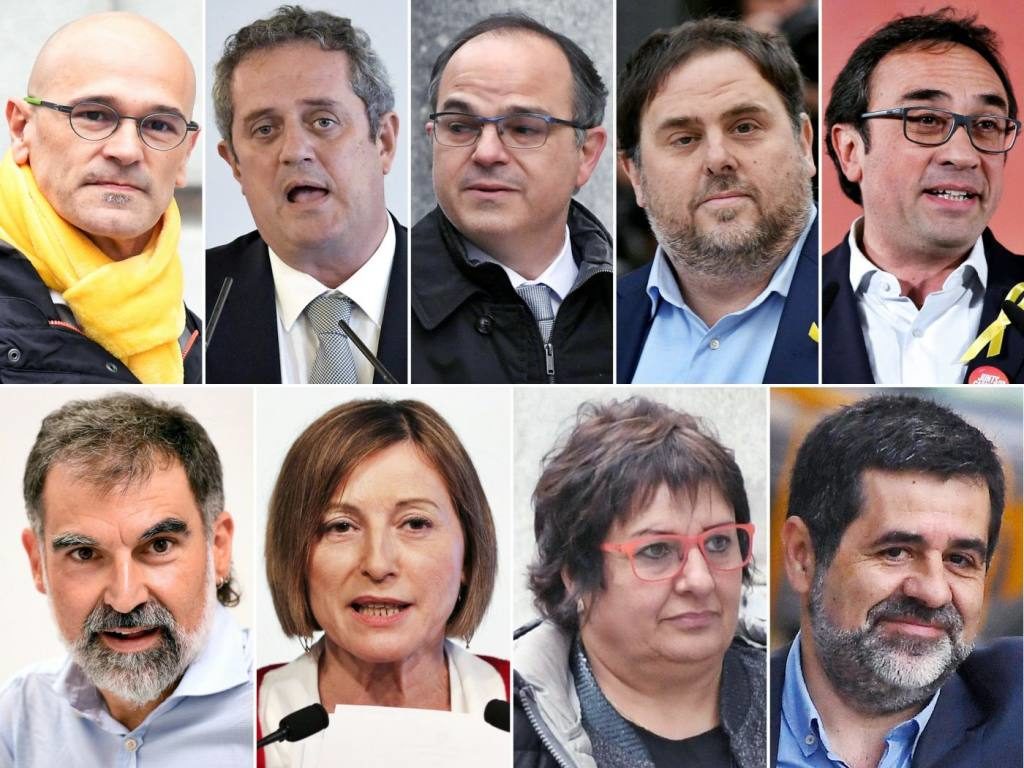 Spain’s Supreme Court has sentenced nine Catalan leaders to prison terms ranging from nine to 13 years for sedition and misuse of public funds for their role in the failed 2017 independence bid.
The sentences were lower than demanded by the prosecution which had sought up to 25 years behind bars for former Catalan Vice President Oriol Junqueras. He was given 13 years, while former parliamentary speaker Carme Forcadell was sentenced to 11 years and six months.
Two influential Catalan civic leaders, Jordi Sanchez and Jordi Cuixart, were each sentenced to nine years in prison.
Only three of the 12 leaders, who faced lesser charges, escaped jail time and were handed a fine.
The defense teams have already announced that they’ll appeal the decision before the Constitutional Court as well as with the European Court of Human Rights.
Central Barcelona was almost impassable to traffic earlier as protesters gathered at various points in the city following the verdict. School and university students filled the streets and were soon joined by office and municipal workers.