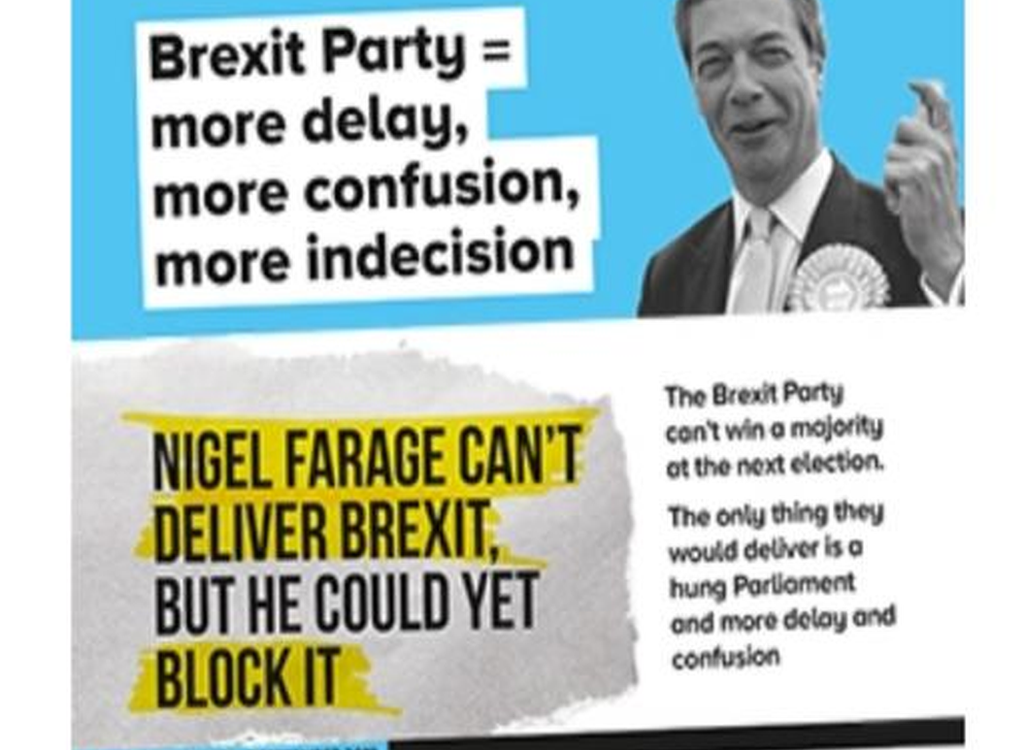 Conservative leaflets obtained by the BBC suggest the party accepts the UK might not have left the EU by the time it has to fight an election.

The “new campaigning products”, made available to agents and activists last week, also reveal some of the arguments the party may use in an election.

Boris Johnson has insisted the UK will leave the EU at the end of October.

Will Brexit be delayed?

“Getting Brexit done by 31 October is absolutely crucial,” the prime minister said in Parliament on Monday.

He is currently trying to reach a deal with Brussels, but maintains the UK will leave the EU with or without one on that date.

However, a law passed by MPs last month – the so-called Benn Act – says the prime minister must request a three-month delay unless he can pass a deal, or get MPs to approve a no-deal exit, by 19 October.

Mr Johnson also wants an election soon to try to restore the Conservative Party’s ruling majority in the Commons.

A general election campaign must last at least five weeks, so one cannot take place before 31 October.

However the leaflets obtained by the BBC are written on the basis that voters will get to make a choice between parties before Brexit has been delivered.

When a party approaches an election they decide on their arguments and put together campaign materials such as leaflets and online adverts.

The Conservative Party has been quiet on this front recently, posting no new Facebook adverts for several weeks after a flurry in August and September.

But new leaflets were made available to agents and activists last week, which suggest the party is preparing for Brexit to be delayed beyond October.

These leaflets were sent out in an email to Conservative activists, which described them as “new campaigning products” available for order.

They also shed light on how the Tories might attack their opponents in a campaign – and seek to win over voters depending on their EU stance.

For example, one leaflet is aimed at people who voted Leave and are now deciding between the Conservatives and The Brexit Party.

Perhaps unsurprisingly, the Tories will argue that voting for The Brexit Party could mean further uncertainty by helping Remain candidates win.

But more intriguingly, the language in the leaflets clearly suggests the party is expecting the UK not to have left the EU by the time of a general election, saying: “Without a strong majority government, we can’t deliver Brexit,” and “Nigel Farage can’t deliver Brexit but he could yet block it.”

Adverts with these messages have not yet appeared in Facebook’s political ad archive, which these days is usually the first place we spot a campaign slogan.

What about other parties?

Another leaflet is aimed at people who voted Leave in 2016 who are now tempted to vote for the Liberal Democrats.

This leaflet says “without a strong majority government Brexit won’t get delivered”, again suggesting the party intends on sending this leaflet out after the UK’s departure has been delayed.

Another one is aimed at people who voted Remain and are now deciding between the Conservatives and the Lib Dems.

Boris Johnson’s party holds lots of Remain-leaning seats which the Lib Dems are now eyeing up, like Richmond Park, Cheltenham and St Albans.

This leaflet says voting Lib Dem would mean “more delay” and “more of the endless arguments about Brexit”, again suggesting the UK won’t have left the EU when the leaflet lands on the doormat.

People who voted Leave and are now deciding between the Conservatives and Labour will be targeted with the following leaflet.

It says “Labour’s Brexit policy is more delay”, once more suggesting that the UK will not have left the EU at the time of a general election.

A Conservative Party spokesman said: “The prime minister has made it clear – repeatedly – that we will leave the EU on the 31 October – and to suggest otherwise is nonsense.

“These leaflets simply set out the clear risk that a coalition of political parties that have sworn, in opposition, to do everything they can to reverse Brexit would, in government, do precisely that.”