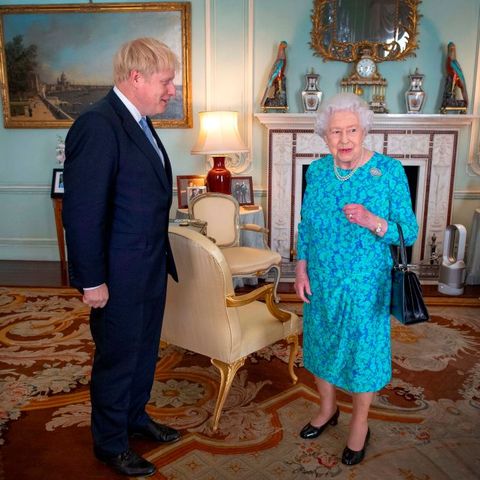 A crackdown on crime dominated the first Queen’s Speech of Boris Johnson’s premiership.

A package of 26 bills was set out at the state opening of parliament, including seven relating to crime and justice.

But with no Commons majority and a general election on the horizon, it is questionable how much of the legislation will actually make it onto the statute book.

There is also the prospect of opposition MPs voting against the legislative programme, which will be put to a vote after several days of debate.

Rather, the ambitious agenda which has been unveiled by the government is being viewed as an attempt by the prime minister to set out his stall ahead of an election.

Mr Johnson told MPs: “We aim to create a new age of opportunity for the whole country.

“And as we prepare to get Brexit done by October 31, we are setting out now our vision of an open, global, free-trading United Kingdom.

“Without being chauvinistic or disrespectful to anywhere else in the world, in important respects, this country is the greatest place to live in the world.”

Downing Street has said the PM won’t resign if MPs vote down his Queen’s Speech.

Labour dismissed the Queen’s Speech as a “cynical stunt”, with leader Jeremy Corbyn dismissing it as a “farce”.

Measures on law and order included legislation to keep serious criminals in prison for longer, tougher sentences for foreign offenders who come back to the UK and better protection for victims of domestic abuse.

Other crime and justice action included:

Brexit also featured, with ministers preparing to hurry through a bill to ratify any deal Mr Johnson manages to strike with Brussels at a crucial summit later this week.

“My government’s priority has always been to secure the United Kingdom’s departure from the European Union on 31 October,” the Queen said.

“My government intends to work towards a new partnership with the European Union, based on free trade and friendly cooperation”.

It was also announced on Monday that Sajid Javid’s first budget as chancellor will take place on 6 November – six days after Britain’s current departure date from the EU.

Reacting to the Queen’s Speech, which lasted for around 10 minutes, Mr Corbyn told the Commons: “There has never been such a farce as a government with a majority of -45 and a 100% record of defeat in the House of Commons setting out a legislative agenda they know cannot be delivered in this Parliament.”

The Labour leader added: “We may only be just weeks away from the first Queen’s Speech of a Labour government.

“In that Queen’s Speech Labour will put forward the most radical and people-focused programme in modern times. A once-in-a-generation chance to rebuild and transform our country.”

Liberal Democrat leader Jo Swinson said there was “nothing” to give the three million EU citizens “any comfort” about their future in the UK post-Brexit.

She made reference to EU citizens sitting in the public gallery who she said had struggled to apply for settled status to allow them to stay in the UK.

Ms Swinson said: “Our country is better than this. We don’t turn our back on those who have come over to be our doctors, nurses, teachers and carers.

SNP Westminster leader Ian Blackford called the speech “an election broadcast for the Tory Party more than anything else”.

He added: “A speech heavy on law & order from a prime minister willing to break the law. @BorisJohnson must sign the letter asking for an EU extension as the Benn act compels him if no deal is agreed.”

Business lobby group the CBI said Mr Johnson’s agenda “could excite enterprise and drive growth”, but it was “impossible to ignore the Brexit straight-jacket.

“To deliver the ambition set out in the Queen’s Speech, the will to get a deal must unlock a way to build a new, closely aligned relationship with the EU,” deputy director-general Josh Hardie said.