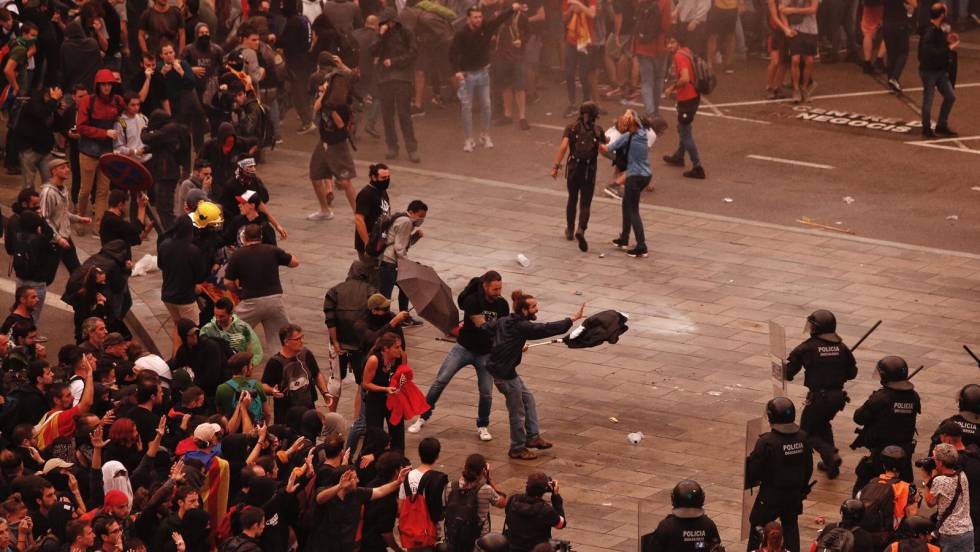 Following a night of unrest in several Catalan cities over the sentencing of nine secessionist leaders, the Spanish government has issued a statement pointing at “coordinated groups that are using street violence to break the social harmony in Catalonia.”
Caretaker Prime Minister Pedro Sánchez is meeting with the three main opposition leaders today to discuss a coordinated response to the escalating events.
The Catalan premier, Quim Torra, also met with some of his top aides this morning to discuss the events of Tuesday, which resulted in 51 arrests and left 125 people injured, 72 of them police officers.
Protests continued earlier with new cuts to the high-speed rail service between Barcelona and Figueres, and road blocks on the A-2 and AP-7 motorways.
The nine leaders who were jailed have condemned the recent violence in a Twitter message.