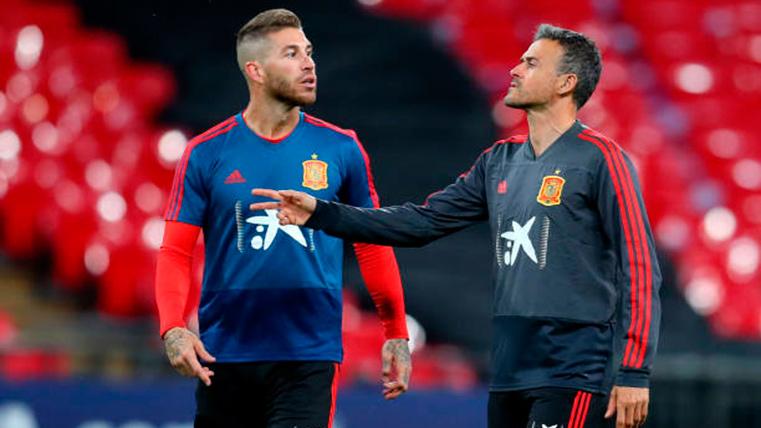 Sergio Ramos has dedicated Spain’s Euro 2020 qualification to former boss Luis Enrique, who stepped down earlier this year as his nine-year-old daughter lost her five-month battle with cancer.
Spain sealed their place in next year’s tournament after a late strike from Rodrigo secured a draw in Sweden last night.
La Roja began their qualifying campaign with Enrique at the helm, but he quit the role in June for personal reasons.
Former Barcelona No 2 Roberto Moreno was appointed as his replacement and finished off the job after leading the side to wins over Romania and Faroe Islands and draws against Norway and Sweden.