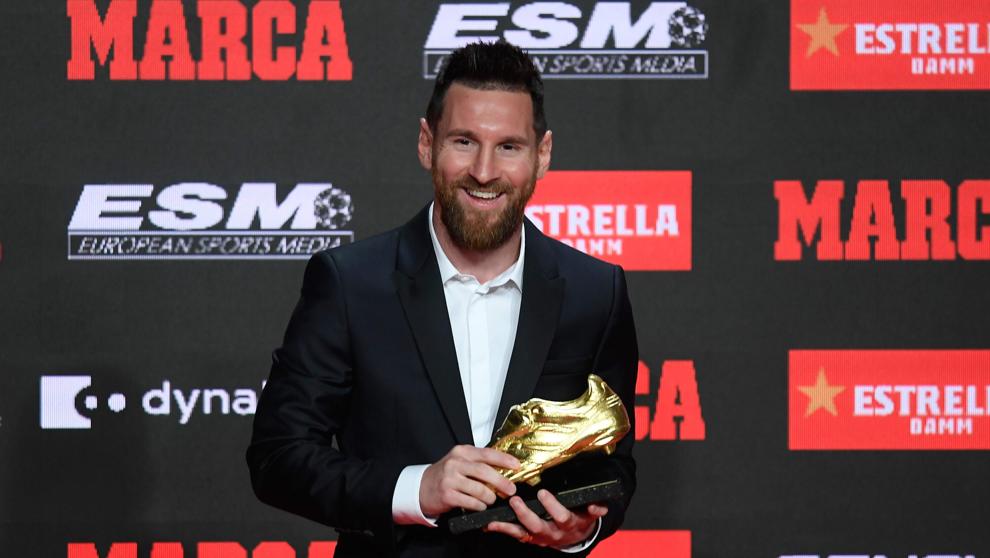 Lionel Messi was presented with the golden shoe award for the sixth time in his career on Wednesday afternoon following his stunning 36 league goals for Barcelona last season.

The award is won by the player to score the highest number of goals in Europe’s top divisions in a season, and in the past it has been won by the likes of Cristiano Ronaldo , Luis Suarez, Diego Forlan and Thierry Henry.

Messi beat PSG’s Kylian Mbappe to the award by three goals in the 2018-2019 campaign, and he took to the stage at the Antigua Fabrica Estrella Damm in Barcelona to be presented with the prize, along with his wife Antonella Roccuzzo and sons Thiago and Mateo.