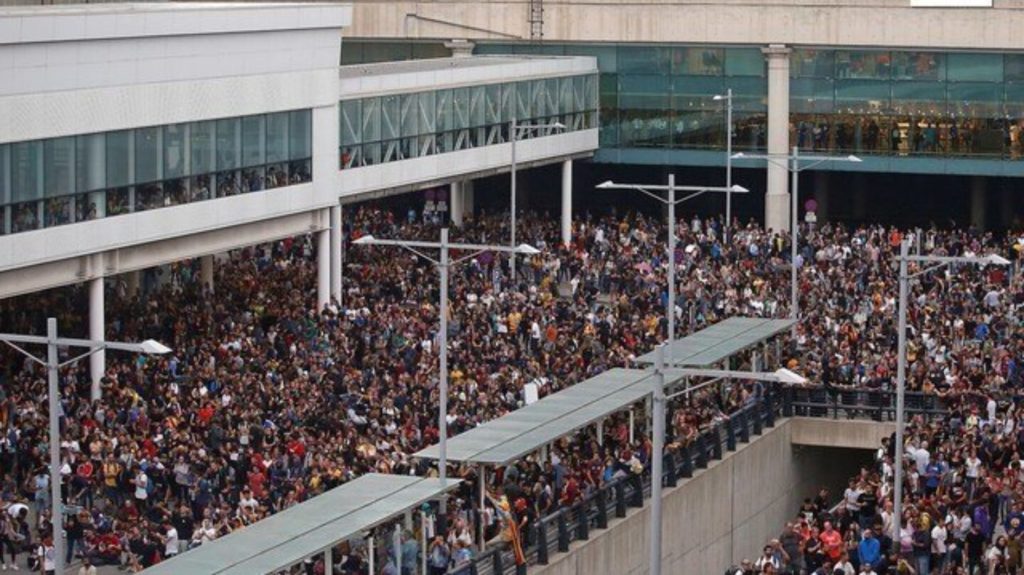 A tourist has died in Barcelona after becoming trapped by the riots that erupted after Spain jailed nine separatist leaders.

The 65-year-old Frenchman suffered a heart attack after walking three kilometres between Terminals 1 and 2 at El Prat Airport.

Connecting buses had been cancelled due to the protests and the holidaymaker from Alsace received treatment in the Terminal 2 car park before being airlifted to hospital.

This is reported to have slowed down private medical teams hired by airport management AENA as they attempted to treat the tourist.

The airport saw 45 flights cancelled yesterday and violence between protesters and police continued for a third day in Catalunya last tonight.