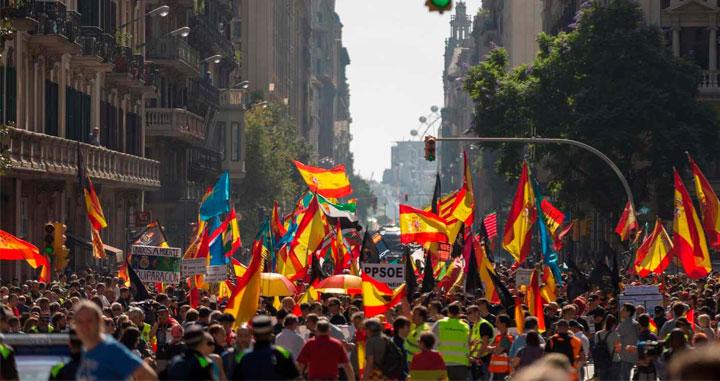 Hundreds of thousands of Catalans marched through Barcelona on Saturday in support of calls to free jailed separatist leaders, after the region’s mayors demanded to be allowed to map out their own political future.

The city has witnessed daily pro-secession demonstrations since Oct. 14, when Spain’s Supreme Court jailed nine politicians and activists for up to 13 years for their role in a failed independence bid in 2017.

Regional government head Quim Torra lead the march with many people carrying pro-independence flags and banners saying ‘Prison is not the solution’, ‘Sit and talk’ and ‘Freedom for political prisoners’.