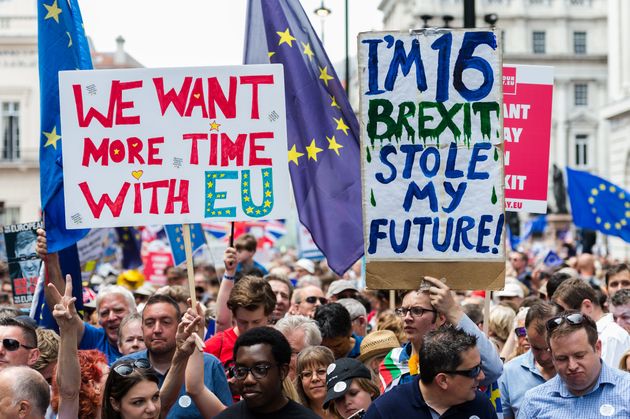 The SNP could ask parliament to consider giving the vote to 16 and 17-year-olds and EU citizens in a Christmas election.

Ian Blackford, SNP’s Westminster leader, said while there are “practical considerations” to extending the vote, he wants MPs to have the debate as they consider Boris Johnson’s one-line election bill.

The prime minister is to bring a simple bill to parliament calling for an election before Christmas, copying the proposal by the SNP and the Liberal Democrats, after his attempt to bring one in the Fixed-Term Parliament Act failed on Monday.

After Labour confirmed it would back an election, it seems all but confirmed one will go ahead, with the final detail of the exact date to be ironed out in the Commons.

The SNP have not committed to adding an amendment on extending the franchise to 16 and 17-year-olds, but Mr Blackford wants it to be considered alongside extending the vote to EU citizens.

However updating the electoral register in such a short space of time may not be possible.

Mr Blackford told Kay Burley@Breakfast: “They [16 and 17-year-olds] are on the electoral register in Scotland but they aren’t in England and Wales.

“We want them to have the vote but we have to recognise the timescales.

“I’m being honest about what we would like to see. Let’s have that debate today.

“I’m not putting down any firm pre-conditions but we have to think about who has a vote in this election.

“We are talking about leaving Europe and the rights of EU citizens. We need to make sure EU citizens have a right to vote in something so critical to them as well.”

Both young voters and EU citizens are likely to support parties that, like the SNP or the Liberal Democrats, oppose Brexit.

The SNP and the Liberal Democrats want an election on 9 December, as that date would see parliament dissolved on Thursday, the most recent date Brexit was intended to take place.

Mr Blackford said they are pushing for that date because they don’t trust the prime minister and want to remove any chance of his Brexit bill being fast-tracked through parliament.

A Number 10 source said the government would accept a potential amendment to change the date to 11 December.

Commons leader Jacob Rees-Mogg has attempted to calm concerns about the Brexit bill by confirming it would not be brought back before MPs before parliament is dissolved.

Mr Blackford was also confident about his party’s prospects in Scotland, and said they would improve their position.

He added that the party is “serious” about another referendum on Scottish independence in 2020.

He said: “The simple fact is we have a mandate for a referendum which we won in 2016. We want to make sure that’s reinforced in this election campaign.

“We were told in 2014 that if we stayed in the UK, our rights as EU citizens would be respected, and told it was a partnership of equals.

“The position of the Scottish Parliament must be respected in all this.”

Liberal Democrat MP Chuka Umunna signalled his party could be flexible over their date of 9 December, but said it “cannot be the 12th”.

He told BBC Radio 4’s Today programme: “We are not prepared to accept the 12th. If you have the 12th, it presents an opportunity for the Government to try and get their Withdrawal Agreement Bill through.

“We know that they have a record of going back on their promises and breaking the law, so we cannot trust them on that.”

The similar bills, one by the SNP and Liberal Democrats, and one by the prime minister, will come before the House of Commons on Tuesday afternoon.