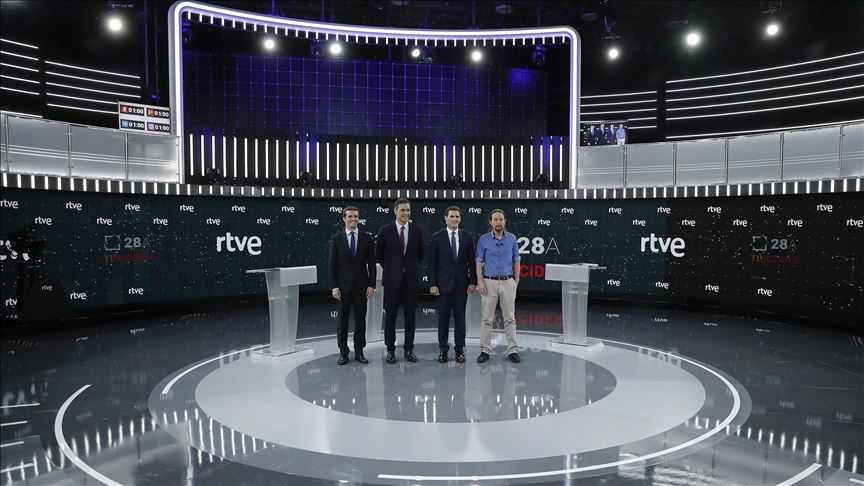 The main five of Spain’s candidates for prime minister will battle it out later in a televised debate that could be decisive in next Sunday’s general elections.
Acting prime minister Pedro Sanchez, of the socialist PSOE is expected to be the main target of the other candidates due to his inability to form a government after Spain’s last general elections in April.
This will be the first time the far-right Vox party, led by Santiago Abascal, will debate alongside mainstream national candidates after their success last time.
According to Spanish daily El Mundo, after the debates last April, 7.1% of Spaniards changed their minds about who they would cast ballots for.