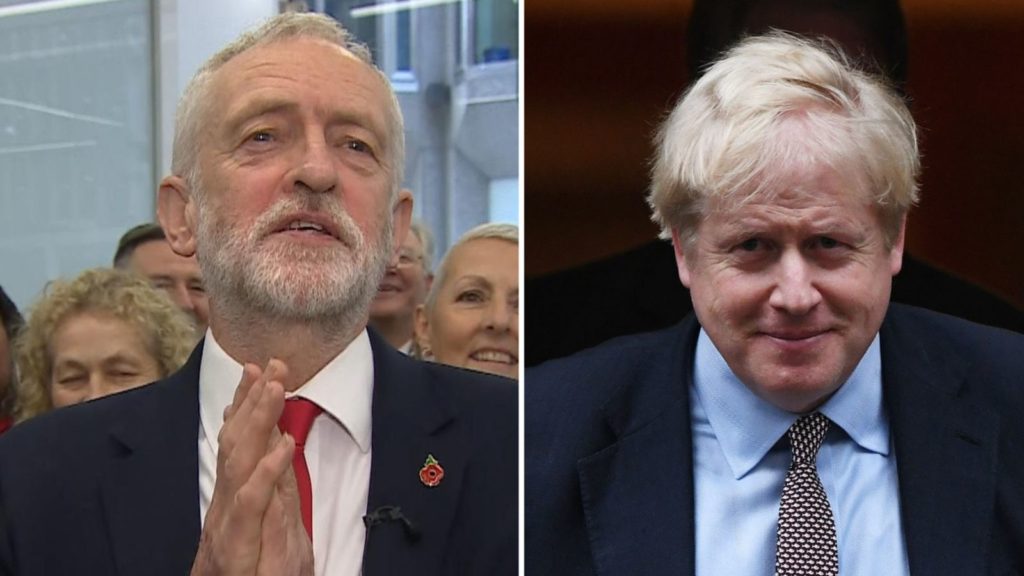 Labour and the Tories are going head to head on key domestic policies in a bid to win an early advantage before the election campaign formally gets under way.

Labour is publishing data which it claims reveals NHS operations cancelled due to staff shortages and equipment failures are up by a third in two years – despite pleas by two leading doctors’ groups for politicians not to use the health service to try and win votes.

The Academy of Medical Royal Colleges and NHS Providers has warned that political parties risk making impossible election promises that set the service up to fail, but that is unlikely to deter Labour or the Conservatives.

Labour claims figures it has obtained through Freedom of Information (FOI) requests show nearly 80,000 operations, either urgent or cancelled at the last minute, were called off last year.

The Conservatives are hitting back by unveiling a flurry of policy pledges, on low pay, law and order, education and travellers, and are announcing:

Amid the clashes between the parties, in one of their last acts in the Commons before the election, MPs are electing a new Speaker to succeed John Bercow, with Labour’s Sir Lindsay Hoyle the favourite.

But with the launch of the election campaign still a few days away, both major parties are already firing off pre-campaign salvos.

Following its claims of Tory privatisation in the NHS and a Brexit deal with Donald Trump to allow involvement by US firms, denied by the president and Boris Johnson, Labour is returning to the attack against the Conservatives on health.

Jonathan Ashworth MP, Labour’s shadow health and social care secretary, said: “That so many more people in pain and distress are forced to endure cancelled operations, including increasingly on the day they were supposed to have treatment, is a shameful indictment of a decade of Tory cutbacks running our NHS into the ground.

“The simple truth is under the Tories, patients wait longer and longer for vital care. This general election is about the future of the NHS and ensuring quality care for all.

“Labour will fully fund our NHS, recruit the doctors and nurses we need and safeguard our NHS from a Trump deal sell-off that could cost the NHS £500m a week.”

For the Tories, firstly the chancellor is claiming a review by US academic Professor Arindrajit Dube shows minimum wages in a range of countries have had a negligible or zero effect on jobs, but significantly increased the earnings of the lowest paid.

“The evidence is clear that our approach is the right one,” said Mr Javid.”We will end low pay by putting the national living wage on a path to increase to £10.50 over the next five years.”

Then, as part of a £100m investment in prisons, Berwyn, Bristol, Hewell, Lancaster Farms, Leeds, Liverpool and Norwich jails are to receive airport-style security, including X-ray baggage and metal detection equipment, to improve searching of visitors and staff.

Other measures include X-ray body scanners for inmates and drug-detection kits to identify and deter attempts to smuggle drugs in prisoners’ mail, digital forensics and phone-blocking technology to clampdown on organised crime behind bars.

Prisons minister Lucy Frazer said: “The gate and reception are key areas of vulnerability to smuggling and more robust searching of staff, visitors and prisoners will help reduce the flow of drugs, phones and weapons.

“This game-changing package of equipment is part of the government’s new £2.75bn investment to modernise and maintain our prisons, create 10,000 additional places, and crack down on crime behind bars.

“All of these elements are crucial as we create a system that can rehabilitate, cut re-offending and ultimately make our communities safer.”

And announcing an extra £155m for sixth forms, Education Secretary Gavin Williamson said: “We want all young people to have access to high-quality education and training that will set them on the path to a rewarding career.

“Next year colleges and school sixth forms will benefit from a significant £400m funding boost to help them to do this. Part of this will be £155m to support the delivery of courses that we know lead to higher wages and better career prospects for students.

“This funding also means that next year FE colleges could benefit from almost £5,000 per student.”

Finally, in a crackdown on travellers, Home Secretary Priti Patel is considering making trespassing a criminal offence rather than controlled under civil law, as it is at present.

A consultation to be launched this week will seek the views of councils, police forces and travellers. Proposals include lowering the number of vehicles to be involved in an unauthorised camp before police can intervene from six to two.

And anyone who breaks the law could be ordered not to return to a site from which they have been removed for a year, up from three months.

Ms Patel said: “Unauthorised encampments can cause misery to those who live nearby, with reports of damage to property, noise, abuse and littering.

“The public want their communities protected and for the police to crack down on trespassers. Our proposals aim to ensure these encampments can be challenged and removed as quickly as possible.”